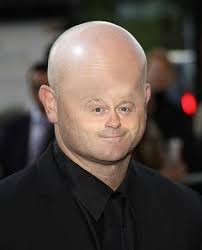 In this delicate era of Scottish football, when people are quoting right, left and centre that it is at its worst ever period, I believe it is in a period of a new era.

Some clubs even though funds are scarce are managing to keep their heads up in the SPL.

This period of a new era could all come together with a new television deal should a new structure of Scottish football go ahead at somepoint in the foreseeable future.

If we had a more vast set of teams in the top division that would be a start but it sadly all comes down to the money and where it will go.

To come full circle in a few paragraphs is quick I know but will rangers down fall let other teams slip in and come to the forefront?

I imagine you could take your pick from Motherwell, Hearts, St Johnstone, Kilmarnock or Dundee Utd?

I personally think the next major benefactor in scottish football could be Ross County.

Hear me out, I can almost hear the embellished echoes of ROSS COUNTY whats this guy on?

Yes Ross County, a team that developed the first youth academy in Scotland, a team that plans on an SPL seating structure in its stadium, a team that is growing and sitting at the top of the Scottish first division and sadly hands up beat us less than 2 years ago.

They have good backing, Roy MacGregor, chairman of Global Energy Group, that is an oil-rig servicing company. In my perspective anything involved with Oil from my recollection spins money at the moment so Ross County could be looking at a bright future.

They have ex-celts Rocco Quinn, Michael Gardyne and also a prolific but handy striker in Colin McMenamin. They are preparing for evolution in football, it is teams like Ross County at the other end of the spectrum, when compared to the gers, what Scottish football needs.

I wish them well and could be a mainstay in the SPL inside the next 5 years should their plans go ahead.

In regards to hope and wishing a Brown has come out, after being questioned about rangers survival, and said “Rangers have to be there, as far as I’m concerned,”.

Geoff Brown, St Johnstones former chairman, has mouthed his concerns over rangers, so he adds to the mixer on the case in support of rangers.

He basically says we need them, I think we do not, I would prefer, as I have discussed, a new power or three in Scottish football rather than having the same comments from my EPL supporting counterparts of “Scottish football, its rubbish quality, 2 team league run by your lot and the gers, theres no competition is there?”

My response usually consists of an “F” and an “O” and normally its from a Bolton supporter or Blackburn so they have no room for comment.

Where is Scottish football going?