A Tale Of Two Signings Which Shows The Media’s Shocking Pro-Sevco Bias. 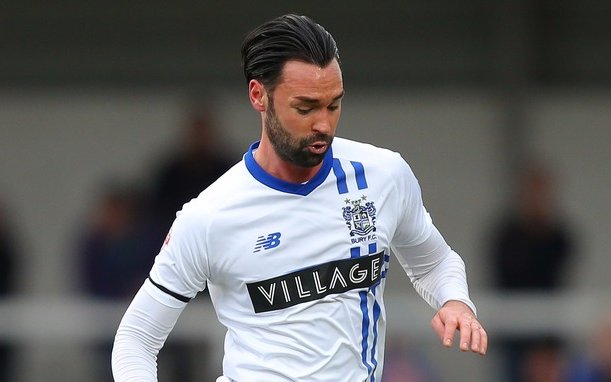 Let’s talk about two Scottish signings, one from November on a free and one in this window on loan.

There are difference between them; the November signing was a 32-year-old veteran of the game, with a wealth of experience. The loan signing is still relatively young, although a year old than the winger, Lewis Morgan, who’s capture we will make official soon.

The November signing was relatively unheralded in the media, although he was a former Manchester United player and youth academy graduate. Seven years ago, OldCo Rangers tried to buy him when he was at Burnley; they couldn’t agree personal terms in the end.

His career was spent almost entirely in England, save for a spell when he was out on loan to NEC in Holland.

He has nearly 400 appearances, and has scored more than 60 goals.

This was a big deal, for the club he signed for.

Unfortunately for him and for them Ross County signings do not get much fanfare.

Had Tavernier or Candelas or Windass wound up there we would barely have heard a peep about them in the media, either before or since.

Chris Eagles was never a world class footballer, but he will do a job in the SPL.

The contrast between this signing and the one that just rolled into Ibrox could not have been greater. It has dominated news headlines online and in the print media. The player in question is here on loan; I wouldn’t be surprised to see that move become permanent with his current club, QPR, deciding to cut their losses.

22-year-old Sean Goss is a player few of us have ever heard of, who has a grand total of six career appearances – at 22, bear in mind; Lewis Morgan is 21 and already has more than one hundred – and yet he is being compared to ex United midfielder Michael Carrick, who by that age was already a first team regular at West Ham, playing in England’s top flight.

I am not saying Goss is not a good player; simply stated, there’s no way of knowing that as he has literally no form on which to base any evaluation. But I wonder why, if all this talent is obvious, that QPR didn’t utilise it. Hell, you wonder why United ever let him go. Carrick is still in the United first team squad although he’s now 36. You would think a player with his skill-set but who was 14 years younger would be someone they wanted to keep around.

The ridiculous amount of hype that Sevco signings get really should embarrass all connected with the club. Ross County’s signing of a talented and experienced player drew exactly no headlines in the mainstream media. Sevco’s signing of a total unknown got ink, and ridiculous comparisons with a top footballer who won major honours.

This is what they always do.

And today the media is reporting that they’ve got over the line with their move for Jamie Walker … at a reputed £1 million which is clear-cut nonsense. Where are they getting a seven figure sum of money? This is a club that needs loans just to get through the season and they are spending that? When they could have had Jamie Walker for half of it?

That club does not live in the real world. Neither does the media that covers it. If this were any other club in the country, with problems piling up the way they are, hard questions would be getting asked from every quarter. Not this one. Not this press.

Instead they bubble with enthusiasm over every little thing that’s good and ignore anything that might force them to ask hard question.

It makes you wonder just what they are for.