Aberdeen Want Ryan Christie On A Permanent Deal. It Would Be Strange If They Didn’t. 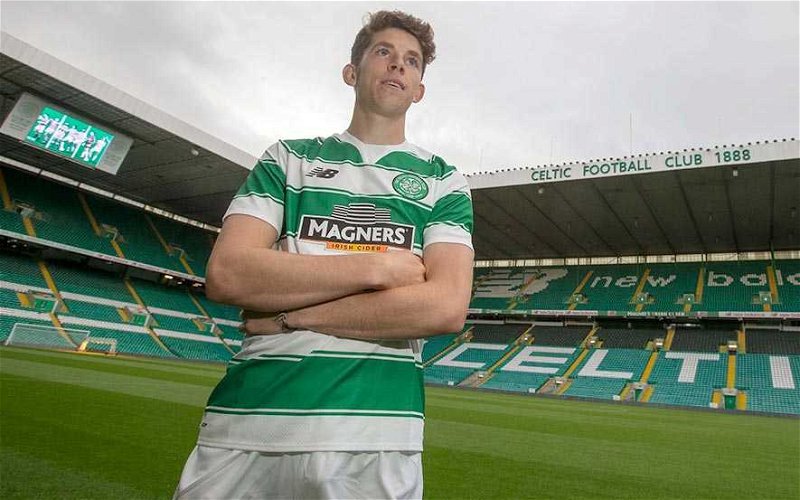 Ryan Christie has been a great signing for Aberdeen. But it’s a loan deal and nothing else.

Christie is under contract with us until the summer of next year; I fully expect Celtic to hand him an extension to his deal once this loan spell is up.

Ryan is a fantastic player. It was no surprise to read, today, that Aberdeen would like to keep him on either an extended loan or a permanent deal. He can do a job for any SPL club. I include Celtic in that, which is why I think he’ll come home.

This loan deal has been good for him.

We could have sent him off to England but that would have made it harder to keep an eye on his progress. At Aberdeen he’s been able to do his thing and take part in a difficult campaign, whilst still under the watchful eyes of the Celtic coaching team. On top of that, he has been instrumental in guiding Aberdeen to second.

But as to keeping him long term, well this isn’t Gary Mackay Steven who had opportunities at Celtic but perhaps lacked the mental strength necessary to play in front of such an expectant audience every week. I like GMS, as a person and a footballer and I hope he is a huge success at that club, but Ryan has more to offer and Celtic knows it.

Theirs is not a club which lives on fantasy; they do things in a stable, rational way and a signing like Ryan would break the bank.

No, he will return to Parkhead where his talents will be utilised in Brendan Rodgers third campaign.

This season was a year early.

He had more work still to do.

It’s not for nothing that Celtic told Derek McInnes he would not be sold to them … he is not for sale.

It is great to see him getting such good press.

I hope he has a storming second half of the season.

In some ways it is a shame that he cannot play against us; he needs to test himself against the best, and in Scotland that’s us.

Aberdeen’s first league game after the break is at Ibrox.

That will do as a proving ground in the short term.

He can make himself a hero in that game.

I expect him to put on a show.