Celtic Has The Right Idea For Its Winter Break. Other Clubs … Not So Much. 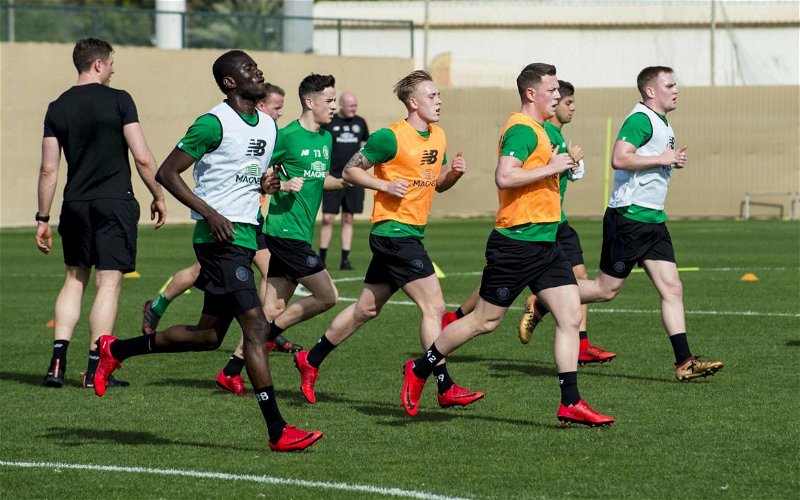 There have been some great pictures, and great interviews, from our players over in Dubai. The team seems to be relaxed and refreshed.

The break will do them the world of good.

They are already talking about how they intend to reconquer Scottish football upon their return. I’m sure they will. In the meantime, transfer rumours continue to gather pace and behind the scenes the management works away on the actual targets as we try to get them over the line before the window shuts.

The club has the right idea with this trip. Get the players out of Scotland and out of the cold and the wet for a while. Remind them that this is a huge club with expectations to match. We treat our footballers with a degree of class. It’s also a real break.

Not every club can say the same.

Sevco is also on its “January break” but they have needs and so the players aren’t getting a holiday at all. They will play as many as three matches on this trip; hilariously, none of these are exactly glamour ties.

One of the Brazilian clubs involved in the so called Florida Cup has left its whole first team out of the trip and will play the reserves instead.

This is about money, of course, and the desperate state their club is in at the moment. A sunny climate gives the appearance of down time but they will be working hard. They’ve already lost one player – Ross McCrorie – to an ankle injury on the trip.

Celtic would once have done the same, but successive managers have balked at the idea and for Brendan it would have been an absolute non-starter.

He wants this to be exactly what it says on the tin; time away from games, a chance for the players to relax and unwind. Sevco might as well not have bothered going on holiday at all.

They could have sent their players to a caravan park and played friendlies against pub teams.