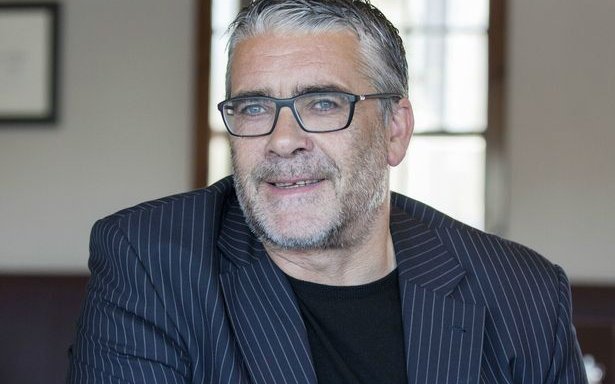 When I wrote yesterday about how the media is helping along the Sevco cause by promoting their transfer policies in the best light, I did not expect to see such a sterling example of them trying to unsettle a player and destabilise another club’s operational planning as the one I saw last night when the dailies early editions ran comments by Ian McCall.

Ian McCall is the manager of Ayr United.

He has as much business talking about a transfer bid involving Sevco and a Kilmarnock player as he does lecturing Caltech scientists on space based laser weapon systems. His decision to throw his two bob worth into negotiations between those two clubs was not just uncalled for, it was disgraceful.

I can remember a lot of underhanded stuff happening with Sevco and their efforts to buy players here at home; the Scott Allen debacle was shameful stuff and I was never more glad than when that ended with egg all over their faces. But at no point, during any of it, did a manager from another club get involved in the spat.

I honestly cannot remember any occasion where this has happened, and not just in Scotland but in football itself. Where a manager has publicly called out another club’s valuation of their own player, talking down both in an effort to cast doubt on his ability and potential.

And the motive for this is crystal clear.

There wasn’t even the slightest attempt to disguise what it was.

McCall’s entire interview was basically all about how great Sevco’s other signings have been.

This was a clear-cut intervention on their behalf, designed to rattle Kilmarnock and force them to drop their valuation of Jordan Jones. It was a blatant smear job on the kid himself, a message to other interested clubs, highlighting his perceived weaknesses as a player.

It was an attempt to cast doubts about him in the minds of other managers; it is a career destabilising move and I have never seen anything like it in football before.

This was not just grossly unprofessional, it was scandalous.

Kilmarnock should not – they cannot – take it lying down.

They should have issued an immediate rebuke and told him to keep his idiot mouth shut. They should also be complaining to the BBC, where the interview initially ran, for allowing him the air time, un-contradicted, to spin on behalf of his favourite team.

If they don’t, then they deserve everything they get as Sevco steps up its media campaign to unsettle their player and get him on the cheap.