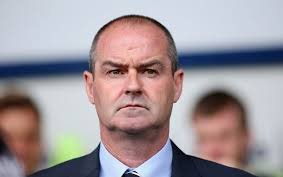 Kilmarnock manager Steve Clarke has issued the club’s official response to Ian McCall’s ridiculous and scandalous comments on their young winger Jordan Jones, who was the subject of an insulting bid from Sevco earlier in the week.

McCall, as regular readers will be aware, decided people needed to hear his opinion on that, and he duly gave it on BBC Scotland, saying that far from being too low an offer Sevco had gone overboard. Their valuation – said to be £300,000 – was, he said, too high.

He went on to list some of the player’s negative traits and valued him at just £150,000.

I thought those remarks were disgraceful.

So did the Kilmarnock boss. And today, appearing before the media, he said so.

Reminding the hacks that McCall got his team relegated last season, he suggested that it might, perhaps, be better if he minded his own business and concentrated on “repaying the faith” that his board of directors had shown in him.

He also turned on the media for their handling of the affair, pointing out that transfer bids are “just another part of football”.

“There’s been nothing apart from the initial bid, I don’t understand what all the furore was about,” he said. “(They) made an offer for a player, we felt it was too low and so we turned it down. That’s it in a nutshell.”

Today the media narrative has moved on, and Sevco is back to trying to unsettle Hamilton midfielder Greg Docherty with a bid reported to be “just hours away.”

Hamilton’s manager earlier this week handed over that whole issue to the board, telling the hacks that there would only be a comment when an acceptable offer had been made and accepted.