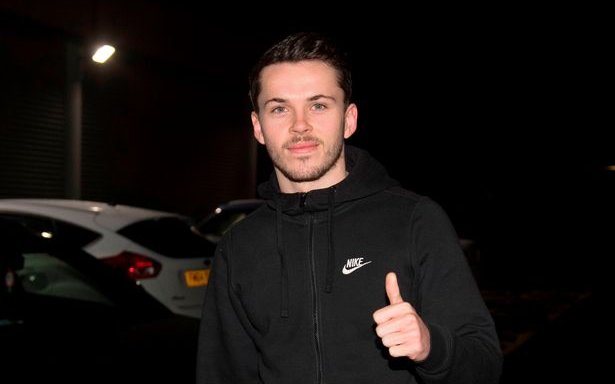 If my information is correct, we will sign better players than Lewis Morgan in this window.

If it is correct we will pay more money in this window for players than we will for him.

We will sign people who can go straight into the first team squad; Morgan will not, for example, play against Zenit.

He will not be there when our quest for the second treble runs its course.

For all that, Lewis Morgan might well be the most significant signing we make in January, because of what he represents.

He has not signed to be a symbol but he is one just the same.

He has not signed to be a poster boy for Celtic and our values and our outlook as a club, but for all that he will be one regardless.

For one thing, we’re taking a promising young player who was once at Ibrox and had every chance of going back there. He has admirers at that club and the chance for him to open talks with them this month was most certainly there, had he chosen it. That he has opted to talk to with Celtic instead suggests a number of things.

First, Sevco handled this wholly unprofessionally. They assumed that their club would simply be able to open those talks at the time of their choosing; they believed, in short, that Morgan would set aside the very idea of resolving his own future and the situation with his current club until they finally came calling. That stinks to high heaven.

Secondly, even considering that, the moment Celtic entered the race was the moment they should have made their move. But their club is too paralysed, too dysfunctional, and too skint to actually produce when the chips are down. They also feared being humiliated in a head-to-head with us, where the attractiveness of Celtic even in relation to their own off-the-shelf history would have been cruelly exposed to even their most delusional fans.

Many of their fans have seen through the Jamie Murphy nonsense and are asking why the club is briefing the press about spending £1 million on EPL tat – not that such a deal at that price will ever see the light of day – when it could be buying this kid for half the money. They know something doesn’t add up. By the time you explained it to them they’d have forgotten what the conversation was about and you’d need to start from the beginning again.

The clubs could not be more different. The kid himself knows exactly where he belongs, a stage far bigger than Ibrox will ever offer him. But it’s not just that he’s chosen Champions League nights and Brendan Rodgers over being knocked out in Europa League qualifiers and the omnishambles of the Ibrox managerial merry-go-round … he could have gone to England and returned to Ibrox one day if those things sorted themselves out.

He knows this is the move that changes his life. He’ll never play at Ibrox in a blue jersey now, unless the SFA really does mothball Hampden and takes Scottish international games on the road. Lewis Morgan has made a judgement call on the future of the club’s too. He’s decided that we have one. It is not clear if he thinks the same about Sevco.

Celtic is loaning him back to St Mirren for the rest of the campaign. That was the deal. No attempt to change it was ever seriously contemplated. This speaks volumes about the way Celtic have handled this whole affair. If Morgan isn’t coming straight away, we could have done a pre-contract agreement which granted the Paisley club no more than a development fee. He would have stayed till the end of the season come what may.

But we wanted to do it right, and the player wanted to do it right. This speaks loudly of his own maturity and class as well. It’s a win-win all round and Celtic should be commended for the way in which they’ve gone about this business. So too should the kid, because he’s made the right choice for the right reasons and kept on playing well at the same time.

Yesterday, the Daily Record tried to play a pitiful little game where one of its hacks appeared to suggest that Celtic had gone to the Paisley club and tried to change the terms of a deal that had already been agreed in principle, to take the player early. No such thing took place. The way this has been handled on Celtic’s end has been pure class.

Pure class is exactly what we’re getting in Lewis Morgan. He is a fine young player, interested only in doing the best he can in the game. He has the perfect stage next season on which to do it. But whether he likes it or not he’s also a symbol, of the gulf between the two Glasgow clubs in quality, in professionalism and in our attractiveness to young players.

Is it a risky move for him? Yes. At Ibrox he would have been guaranteed games every week. He has chosen the harder road. That, too, says a lot about him. I will never fault any player with that much self belief. In a winger, it’s just what the doctor ordered.