Sevco’s Board Are Like Desperate Gamblers Who Just Can’t Leave The Table. 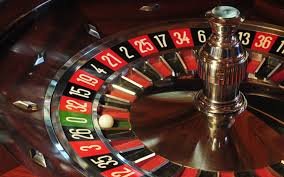 Last night I watched Louis Theroux’s brilliant documentary about Las Vegas gamblers on Netflix, and a lot of what was in there rung some bells for me about what we’re seeing at the moment over in Sevconia. The question has been raised – rightly raised – as to how a club on the bones of its arse can be signing players and hiring staff.

As I said in a previous piece, that’s easy; it’s football and there’s a peculiar form of madness in football, a kind of feeling and attitude that suggests reality doesn’t apply. It was watching that documentary that I realised what it actually is; it’s the gamblers urge.

More than that, it’s the bad gamblers urge.

In the documentary, Theroux meets a sordid cast of characters, from the guy who does the meeting and greeting for the hotels to the hapless jokers who come to Vegas basically to give their money away. It was those people I found most fascinating, from the guy who jets in for a weekend and gets an entire suite to himself to the lady who, in seven years, has thrown away a monumental $4 million on the slots.

The hotel looks after her spectacularly well; when her husband died they threw a lavish, epic, farewell do for him. Anything to keep her sweet.

And don’t think that the hotel gives over an entire top floor suite to a winner either; the guy in question regularly drops upwards of $160,000 in their hotel when he’s in town. He, too, is worth the occasional perk and in Theroux’s documentary he proves worth even more.

He drops a figure substantially higher than that.

Those guys are interesting enough, but far more watchable are the two saps Theroux meets within hours of his arriving. One is bummed up, having already – he says – won $10,000. He produces a wad which seems to be impressive.

Theroux agrees to meet them later, to learn what a winner does. When they fail to show at the appointed time he amuses himself talking to other clients. When they finally do show up the “winner” already looks shell-shocked.

Theroux lifts a mere $500, and he makes it last. He plays for around eight hours straight, until dawn is breaking across the city. The two guys stay with him, and over the course of the night the “winner” loses more and more and more … until he’s a shell of a man, stuck at the side of the table, repeating over and over again the same mantra about how he can still win. But his eyes are hollow and empty. His face trembles. He’s been up all night and has barely won a single hand of Blackjack, his chosen game, his poison, the one that’ll kill him.

This is Sevco. This is their board of directors, betting big on every hand, standing at the table, throwing good money after bad, knowing as they do that it’s a long-shot but unable to stop themselves. Every mistake they’ve made, they’ve multiplied by doubling down.

It’s as if they can’t seem to see any way clear of the mess.

McCoist was allowed to spend so much money it’s a wonder the club still exists. Warburton was given two seasons and was allowed to build two different teams. None of them was worth a damn. Caixinha came in and he was allowed to squander millions more.

At some point someone, somewhere, should have hit the brakes and said “Stop! This is insane.” No-one ever has. No-one ever did. And so Murty, who’s not even the manager, has been allowed to inflate the wage bill all to Hell as if no-one will ever have to pick up the tab.

Sevco’s only answer to increasingly difficult times is to spend more money. No wonder their current directors are said to be beleaguered and harried. They are the ones walking up to the counter and buying rack after rack of chips, and bringing them back to those betting with all the odds stacked against them. The strategy is not just incoherent, it’s ludicrous.

The papers applaud all this, as if there was some virtue in all this waste, in all this stupidity. But there isn’t and they ought to know that by now. In one critical scene in Theroux’s documentary, he goes to the house where the $4 million slots lady lives. She’s there with her son, who’s attitude to her profligacy is telling. “She likes to gamble,” he says. “If she wins the Powerball, that’s $11 million, so maybe she’ll do that.”

Theroux is stunned. He reminds the guy that this is his inheritance she’s playing with. He professes his lack of concern at that. As long as mommy is happy, he’s happy to go along. Such stupidity doesn’t deserve an inheritance.

And that’s the attitude of Sevco supporters to a T. This is the future of the club these people are playing with, with all this reckless spending. Do their fans care? Do they Hell. They’re loving it, cheering on every turned card, every roll of the Wheel of Fortune, every click as the spinners go in the slots. And with every cheer more money flows out the door.

You know, the most pernicious, the most dangerous, thing about the Survival and Victim Lies are what they have done to the support itself. The experiences of 2012 should be seared across their souls. They should be burned into the psyche of a support which was united in the idea that no CVA meant no football club to follow.

But of course, they convinced themselves that this wasn’t true. Their club had “survived” the greatest crisis in its history. They then convinced themselves that the crisis itself had been engineered elsewhere and that everything that flowed from it was done to them out of hate. In that scenario, there were no lessons except that nobody liked them. There was no harm except that which others did. And as there was no correlation between their actions and the consequences none of them has the slightest fear that it all might happen again.

It is brazen. It is, frankly, absolutely bonkers.

As if there was a bottomless pit of it out there.

It’s easy, I suppose, if you believe someone else will always pick up the tab. In Theroux’s documentary the hotel decides to comp the guy with the suites even further, by giving him $3000 to spend as he likes. He treats it exactly as you’d think, as free money, as a throwaway, a gift. Within hours he’s spent the lot of it in the slots room, mindlessly shovelling pieces of paper into glorified money holes and so the hotel keeps him coming back for more at the card table where the real losses are. In the end, that $3000 is nothing.

And that’s exactly what the Sevco fans are like too, not caring about the money as long as it isn’t coming out of their pockets. And because they get the occasional treat they will sink their own money into this mess, over and over again.

Sevco is a gambler, hooked through the bag, unable to walk away from the table and cut its losses. The conviction at Ibrox that they are some kind of super-club, some mammoth institution that has a divine right to exist and to win things has hampered everything they’ve done since they were born in 2012. The club is a disaster area and this season they are betting big.

Imagine how much they’ll be willing to gamble if they’re still around three years from now, with Celtic on the brink of the ten.

Their fans have no idea how bad this can get.

This only ends one way.