The Daily Record Has Fabricated A “Celtic Snubbed On Deadline Day” Story. 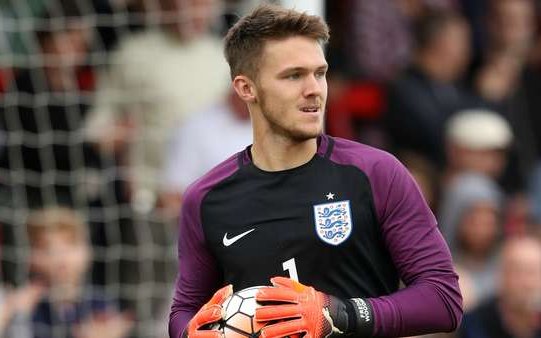 You have to hand it to The Record; not content with pushing the utter fiction about Morelos and interest from China, they’ve now gone ahead and fabricated another story, the oft used “Celtic have been snubbed” story, this time involving Aberdeen and a reserve keeper from Newcastle.

The player in question is Freddie Woodman, the backup keeper at the Geordie club, had all-but confirmed his move to Aberdeen earlier in the week. He had actually given a verbal assurance to McInnes that he would move there.

That’s why Keith Jacskon’s story of this morning – that Celtic were trying to “hijack” the bid – smelled strongly of the brown stuff. Brendan is not in the habit of playing such games, and we have multiple options available to us.

And of course, Woodman has done what he was always going to do and signed for Aberdeen on a short term loan. Which gives Jackson just what he wanted; an excuse to turn his utter shite of earlier into the article it was intended to be. One where Aberdeen has beaten us to a player.

Jackson actually called this “Aberdeen’s transfer victory” and suggested that it might force us to up our offer – already more than generous – for Motherwell’s keeper.

Aberdeen have been busy today. They also agreed a pre-contract deal with a League 2 striker who has scored one goal this season. Reports suggest they might offer £20,000 to get him early. Ambitious stuff, right? Just the sort of signing they need if they are going to catch up to us and keep Sevco at bay. And you wonder why McInnes hasn’t moved them forward.

Even as all this is going on, there’s actually a piece of honest-to-God news; Sevco target Tyler Roberts, who they wanted to sign on a pre-contract deal or even take sooner, has signed for Leeds United. That didn’t merit a “snubbed” story; instead The Record has moved on to them targeting Swansea’s Oli McBurnie on loan … to increase their “options in attack” when they have already got five strikers – including Morelos – at the club.

But the name Tyler Roberts has been airbrushed from the narrative completely.

Because Sevco never gets “snubbed” even when they do.

Instead it’s us who get the two finger salute, even if we were never interested in a player to begin with.

Real dolts read The Record. Isn’t that the old slogan?