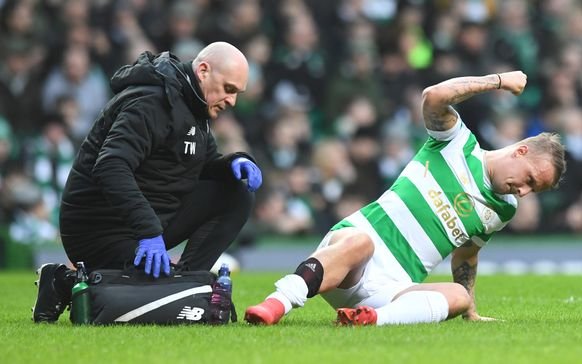 Has Stewart Robertson given one of his extended interviews to the media lately? If so, how much more garbage from it are we going to be forced to stomach? For God’s sake, publish the lot of it and get it over with, lest we be driven mad in instalments.

This morning it was this notion that club is in a good place financially because they were able to turn down the bid from China for Morelos. Now I’m reading that he’s blamed their bad form over the course of the season on “injuries to key players.”

Injuries is it? When we have, right now, as I write this, a full team – a whole starting eleven – sitting in the treatment room?

When we’ve not had a settled team for the whole of the campaign?

As if the much maligned problems in central defence weren’t bad enough, look at the other players we’ve lost for whole swathes of the season in this campaign.

How can he get away with talking such obvious rot?

A media which doesn’t give a damn, that’s how.

Anywhere else, he would be called on this twaddle. They have a squad that is bursting at the seams, it’s no-one’s fault but their own that it is comprised mostly of dreck. We, at least, have been able to rotate, to bring quality in to replace quality.

That club is forever hiding behind excuses.

There is always a casting about for someone, or something else, to blame.

This one is lame though. It is oh so lame. No club in the country has had the injury issues we have, and we sit top of the SPL, we qualified for the Champions League groups, we’re still in Europe and have already won the League Cup.

So come on media outlets, if you you’re sitting on a big-think piece from this Village Idiot reject then please, publish it all so we can get past it.

Because on the strength of the two big reveals so far, it should be filed under fiction.