Today “Operation: Stop Celtic” Saw A Referee Endanger The Safety Of One Of Our Players. 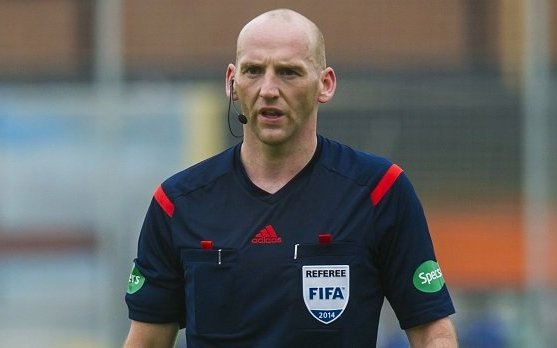 Today at Pittodrie we dug in deep and pulled a big win out of the hat.

You saw what it meant to our players and manager and fans. You also, in a brief moment, after the second went in, saw what it meant written on the face of Bobby Madden, the referee. The cameras captured his wretched look in a split second. Looking at the picture makes me smile.

He was involved in one of the key moments of the game.

It will barely be mentioned in the media, but I expect Celtic will raise the issue either publicly or in private. I refer, of course, to the sickening head clash between Simunovic and Ajer which resulted in our centre back having to wear bandages on his head for the remainder of the game.

First, I’m delighted that Kristofer is okay, as we all are.

He was a rock for us today and that he got up from that challenge and played on is a testament to his determination and growing maturity. It was excellent to see him finish the match in such commanding fashion.

But for the rest of us, that moment revealed Operation: Stop Celtic at its most naked; the ref allowed play-on because Aberdeen were closing in on goal. It was a scandalous decision and one we would not have gotten had the play being going the other way.

We did get a decision like that either in the season, and we ought not to have.

The mandate for refs is simple in those circumstances; the game should stop immediately.

Has the mandate been changed? Does the wording now read “except in circumstances where it might conceivably derail Celtic’s title quest”? Because that’s what it looked like to me. Like sheer desperation to halt us, no matter what the cost.

The health of a young footballer is too high a sodding cost. Too high a cost no matter what the prize. It was a disgraceful moment; one I trust Celtic will demand answers to. We know we’re going to have to deal with a certain amount of rough-housing in the coming months, but this was one of those moments where everything should have just halted. The Celtic players all seemed to stop in anticipation of that … and they were right to.

There is no excuse for what Madden did here.

Had Aberdeen scored there would have been over a minute of celebrations, and reorganisation on the pitch that would have left our player lying there with a potentially serious injury. Madden was very clearly more concerned with the possibility of the goal itself than with the consequences of it for our player.

Celtic must not – Celtic cannot – allow that to go without a response.