How Nice To See McCann Is Fuming Today And Without Celtic To Blame For It. 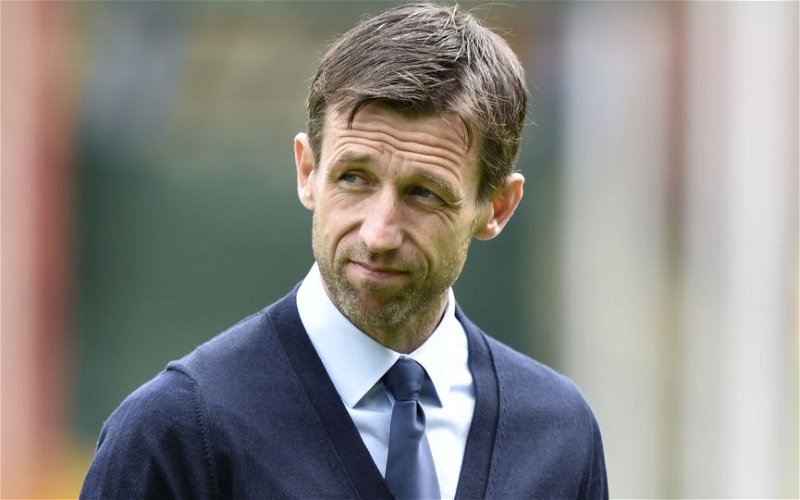 Neil McCann, eah? Passionate, say his defenders. An arrogant tosser say the rest of us.

A guy who has never been able to handle defeat or setbacks as a player, a fan, a commentator or now as a manager. Today he erupted in fury because St Johnstone’s bench had dared to celebrate beating his team like a red headed stepchild.

McCann is a loser in a game that doesn’t treat them with kindness. I suggest one of two things; either he finds another profession to pursue, or he finds a way to blame today’s defeat, and the near certainty of his sacking in the not-too-distant future, on Celtic.

Hell, he blames everything else on us.

As people will know, this guy has been getting on my wick for a while.

He is a bitter, snide little sod who has a pop at us whenever he can. He knows we’re an easy target because mentioning us is an easy headline. If we lived in another country it might amaze me how he gets away with it, but our media loves the fact it doesn’t even have to put words in his mouth.

McCann is blaming us, of course, for the fact he’ll have to play the current top three inside of a week. Wow. If it wasn’t for us he’d only have to play the team’s first and second inside a week, but what does it matter anyway? The chances of him taking anything from those matches is about the same as it would be had we played them on Wednesday past; i.e. zero. And we’d have gone to Ibrox with a nine-point lead.

Maybe he’ll tell the media tomorrow that it was our despicable behaviour in forcing his club to play that schedule that made him trip out on the touchline this afternoon; the stress of it all just got too much for him. The papers would certainly print it.

In truth though, he has no-one to blame for this predicament but himself. Teams that are struggling can be turned around; Steve Clark has managed it very well on similar resources. You’ve either got it as a manager or you don’t and McCann’s problem is that he’s just crap at the job.

He was crap at being on the telly as well.

Not to worry though; if all else fails I’m sure The Daily Record will take him.

It’s not like there are real journalists waiting for a gig, right?