Is The Sun Really Paying The Hack Who Got One Last Piece Out Of The Morelos Farce? 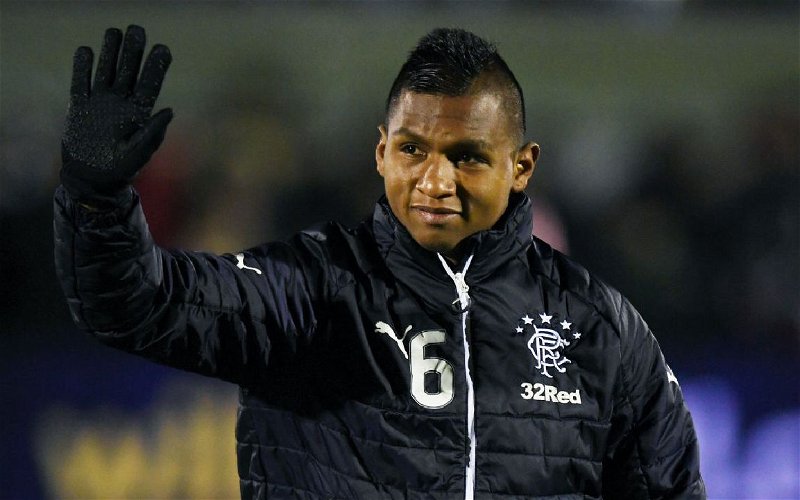 Andy Devlin must have understanding bosses. Or stupid ones. But then, he’s at The Sun where understanding is in short supply, compassion non-existent and intelligence not exactly at a premium. Tell you what; let’s try that one again.

If I were the editor at a national newspaper and I was waiting for my sports team to turn in the next day’s articles and someone brought me that, I’d ask them where the real article was. You know, the work. The product of endeavour. The result of chasing leads, of talking to people on and off the record. The, dare I say it, journalism.

“This is it? For real?” I’d say. “Tell you what … I’ll file this whilst you clean out your desk. If, in doing so, you happen to find something like an actual story bring it to me and if you’re in time I might not have reassigned your duties and given away your parking space.”

Devlin is the Last Man Standing. When even Keith Jackson and the hacks at The Record abandoned this story the second it became clear that it was having a toxic effect on the relationship between Sevco and the player, he has carried on with it. I call that heart lazy. His bosses should never have let him get away with turning on copy so rancid.

It’s their fault that they had to publish that tripe today. They’ve allowed this guy to get away with skimming the forums for “news” for far too long.

I researched this piece over a week ago, but I shelved it. Not because it didn’t stand up but because other things came along and rendered it ancient history. And I thought it would be ancient history until Devlin sicked it back up again today.

He claimed the exclusive on the story that Beijing Renhe had offered £11 million for Morelos last month.

But it wasn’t an exclusive because I know exactly where he got that from, and it wasn’t from sources in China.

It wasn’t even from sources in the local Chinese food emporium or foot powder merchants.

Andy Devlin got his story from a virtually unknown radio DJ called Bill Young, from a station called RockSport.

I have never listened to them and I don’t intend to, it’s just another show full of ex-players and has-beens pretending they are still “in the know.”

Young was the guy who first plucked the £11 million figure out of thin air. Devlin ran with it exactly 24 hours after he did. The thread that connects the two are that both Young and Devlin are avid fans of a Sevco fan group called Four Men Had A Dream. Young’s Twitter account follows exactly 23 other accounts it is one of them. The fan group has promoted his work extensively, even giving him what amounts to an infomercial in an article.

Devlin follows a panoply of various Sevco fan groups, including the pro-Loyalist, hard-core sectarians at Vanguard Scum. But he is actively engaged with Four Men Had A Dream and that is where he plucked the £11 million Morelos story from … their promotion of his show and from the fact that a bunch of people associated with them retweeted Young’s story … on top of that, they had a full 60 page thread on Young’s claims on Sevco Media.

Young’s own intentions were clear; he was just trying to promote himself and his radio station. No harm in that, right? If the gullible muppets on the Sevco fan forums want to swallow nonsense like this and engage in a bit of viral marketing on someone’s behalf that’s their own lookout. But for Devlin to then nick the story? Dear oh dear.

The irony is that none of this would have blipped on the radar had Young himself not sent a self-congratulatory tweet drawing attention to his “scoop.” Then, later on in the day, he sent this one out and it was this one which caught my eye. 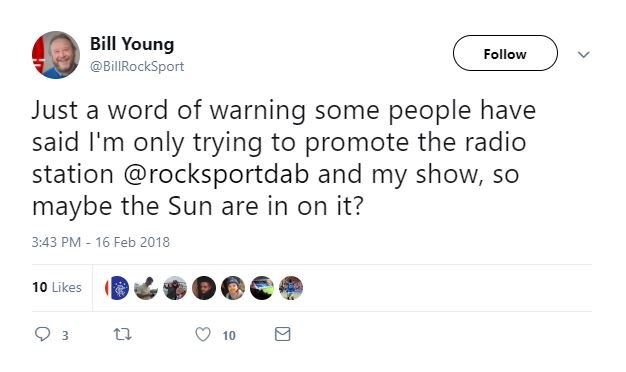 They just piggy-backed on it, for their own reasons, most notable amongst them that no-one in their editorial team thought to ask Devlin to back his nonsense up. It seems evident to me that he just passed off someone else’s nonsense as his own … and up until yesterday he was still avoiding the daily graft of his trade by continuing to spin yarn from it.

One of the most pitiful transfer sagas of recent years ended yesterday with Beijing Renhe, allegedly willing to pay £11 million for a foreign striker few outside of Scotland and Finland have heard of, buying two Asian players – not covered by their local transfer restrictions, which so many seem so keen to pretend don’t exist – for a combined total of £250,000.

There is not one iota of truth on the China story. Not one. The story itself was rendered ridiculous on the first day when the bloggers dismantled it with precision. Any journalist who continued writing it after that point was essentially lying to the readers. When it became plain that it had backfired on the club most of them dropped it.

We should probably offer some minor respect to Devlin for sticking in there long after others had moved on to other things. He cynically realised that he could get more out of it. That’s something I have to admire however grudgingly.

After all, it beats the Hell out of doing “real work.”