Once Again We See Neil McCann Is A Bitter, Snivelling Weasel Who Takes Shots At Us Any Time He Can. 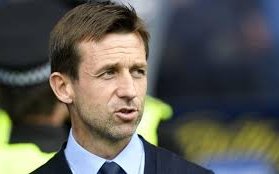 Neil McCann. Moaning again. Greeting his wee face off about the injustice of the fixture list and how we “forced” his club into playing against them at a time we didn’t want to. What a snivelling wee sod he is. And it’s not even clear if he’s telling the truth tonight.

Remember the papers last week saying that Celtic wanted the game played in midweek because we didn’t want to go to Ibrox only six points ahead? According to McCann we rejected Dundee’s offer to play the match then because we wanted the week off before this one.

Now I’ve argued that we’re better for the week off … but somebody, somewhere, is lying through their teeth and I think we should know if it’s McCann. Because, as you’ll all probably remember, he had lied about us before in the last five weeks … he said that Celtic had left the deal for Jack Hendry until the last minute and stopped him getting a player, a story that is transparently fictitious and which the BBC knows is a lie but won’t comment further on.

McCann may or may not have a legitimate gripe with the SPL for the way his team’s fixtures have been organised – I say tough luck, but there you go – but it’s almost as if he couldn’t help but use it as a means to take a cheap shot at us knowing we won’t respond.

But you know what? We should respond. If he wants to compare fixture horror stories we’ll go right ahead and compare them; we had a game against Aberdeen, a high pressure game, right after the away leg of our Europa League game with the Russians. When his team has to juggle a schedule like we have all season he can moan at us.

McCann will moan anyway, especially when we’re involved. He loves it. He can’t help himself. Our club does something to him, and you saw it any time he was on the telly and he had to commentate on our victories. But this is the second time in a few months he’s gone in front of the media and blamed us for his, and his club’s ills.

Honestly, I’m already sick of it.

I think there are people at our club who probably are as well.