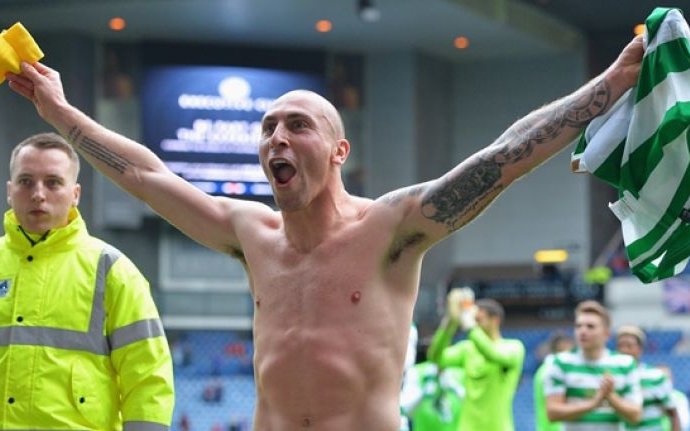 Yesterday was one of those games after which you spend a period of time trying to get your breath back. Every question we had about the commitment and the courage of our team was answered, in spades. We knew we had the class. It was those other things which people were questioning and which we ourselves might have had doubts over.

Those doubts have been set aside. Those questions have been answered. Yesterday was all about showing true grit. It was about fighting hard when the odds were against you. It was a lesson in how to respond to adversity. Twice they had they lead. Twice we fought like tigers and pegged them back. But we didn’t do it through panic or throwing every man at every ball … in fact, our approach to the game barely altered at all.

Ntcham summed it up in his fulltime interview; “We believed,” he said, “and as long you believe anything is possible.” What was it they believed in? In each other. In the unit. In the manager. In the fans. They believed that if they just kept playing that the rewards would come, because we’re the better side. And that’s where courage comes in.

It would have been tempting for our players to have panicked and resorted to desperate scrambling once we went a goal down. When we conceded the second, and seemed to be heading towards half time behind, it would have been easy for team to start doing silly things.

But watch that pass from Brown; he knows if he gets the right weight on it that he’s given the Sevco defence a problem because Moussa is on high alert. It is a piece of superb vision from Brown and the execution is flawless.

Dembele appears to have all the time in the world with his shot, but in truth you’re talking about a window of just a few seconds … and yet he delivers.

He showed nerves of steel in that moment, exactly those which Morelos was lacking late in the game. These are the things which win matches. These are the moments that win leagues, when you have top players who can keep their cool and produce like that.

The commitment it takes to do what our players did yesterday is almost enormous and worthy of our respect. Players in the modern game have specific roles and they stick to them, but when we went down to ten men yesterday players had to assume additional responsibilities and not one player – not one – shirked them.

I said in a piece before this weekend that you knew Moussa was ready when you saw him doing it in the Aberdeen and Morton games; at one point in the match at Pittodrie he was there, on the goal-line, stopping a shot. I knew then he’d do the business for us at Ibrox, you could just tell that the guy was back, that he was buzzing, that he had the desire again.

Every player did it. They all determined to grit it out. The tempo increased. We didn’t give them room to breathe. What passion the players showed, right up until the last whistle.

Above all else, we had the class. All three goals were exceptional pieces of skill. Rogic’s run and shot, well I don’t know any other player in the SPL who could have scored that goal. Dembele’s finish was Larssonesque. But what about Edouard? Just on the park. 100 seconds in the game. And he timed the run for Dembele’s pass, and then jinked into the box and cut inside the defenders and hit that beautiful angling shot where no keeper would have got it.

Performances like this are the difference between title winning teams and the also-rans. One so-called journalist, who pitiful scribblings drew my ire last week and who’s name I’ve vowed never to write on this blog again, actually accused Scott Brown of “mediocrity” before the game yesterday; that was nothing but attention seeking spoon banging from the clown. I wonder how he felt afterwards. Brown was majestic. As usual.

The seventh straight title is secured. We went to Ibrox and took on the so-called challengers in front of their own baying fans, who were at the arrogant supremacist worst in the weeks before the match. And we went a goal behind and didn’t panic. We went a goal behind again and we did not falter. We believed. We played football. And then we lost a man to a dire refereeing decision the players did not wilt under the pressure.

Instead they found that little bit extra. Everybody took on one more responsibility. The manager got the big decision right (more on that later) and got the response he deserved.

Yesterday had it all. It’s the shape of things to come.