All This Media Hysteria Over Charley Musonda’s Lack Of Games Is Scandalous. 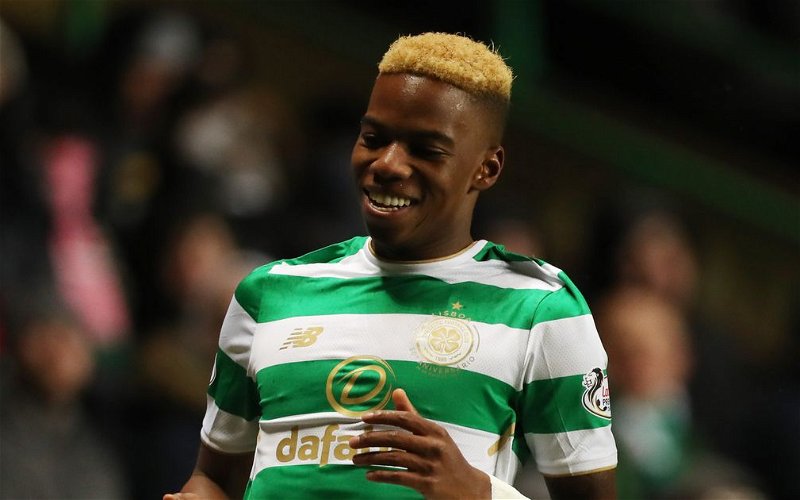 There is a player at Sevco called Eduardo Herrera who cost them £1.8 million and has hardly kicked a ball for them. I mention that because the media would rather he was forgotten all about.

There is a midfielder called Jordan Rossiter who is on big bucks and has barely been seen. They gushed over his performance in an under 20 game this week but I predict we’ll here of him maybe a half dozen times in the next year.

Remember Michael O’Halloran? He came on for a full one minute against Hearts at the weekend just past, and they actually recalled him from loan in January and then forgot him.

What about Fabio Cardoza who has played a grand total of 78 minutes in 2018 and played only 11 times for Sevco? He cost them £1.3 million.

I could go on. It would be pointless because you get the point. Not one of these players is the subject of constant media attention. Yet all are on the Ibrox books and for good wages. There is a cast of thousands over there, doing nothing and getting paid.

So why, pray tell, is there a lot of media focus on Celtic’s Charley Musonda? He is a young kid, here on an 18-month loan. He has a long way to go, but he’ll get there and I suspect when the new season starts we’ll see plenty of him, if not before. But in the end, he’s not a Celtic player and there will be provisions for either our club or Chelsea ending his loan if that’s what’s needed.

No harm, no foul. A minimal outlay. The beauty of “try-before-you-buy.” Ask whoever inherits this Sevco squad including Russell Martin.

The hysteria surrounding his non-appearances is ridiculous. Brendan obviously knows what he can bring to the club or he would never actually have brought him here. He is adjusting to the pace of the Scottish game and that takes time … even Roberts wasn’t starting every week, and even now he cannot command a permanent place in it.

I am more concerned about the Lesser Spotted Marvin Compper but that’s another story.

But Musonda is the one who’s disappearance from the starting eleven is making the headlines, but why should it? Brendan is loyal to those players who were already at the club and who have been playing exceptionally well. Would you remove McGregor from the team to accommodate Musonda right now, or Tom Rogic, who is the only other player who plays in a position where the Chelsea youth is considered a natural? Of course not.

Celtic has a big squad and nobody in it is a guaranteed starter and that is as it should be. When even Leigh Griffiths, a player just shy of 100 goals in our famous shirt, cannot be assured that he’ll get there before the season ends why should we give Musonda games just to appease a few voices in the press box? It makes literally no sense.

Musonda is apparently not happy about it; I would not expect him to be. I would be worried, in fact, if he was. I want him screaming blue murder about it … but only if he’s also putting in a shift in training and making himself indispensable to the manager.

What I find hard to believe are the people from south of the border who seem almost gleeful that this move appears not to be working out as we’d hope. Their apparent desire to see this young guy’s career stalled is shocking, and worse is that some of them appear to be Chelsea fans … why in God’s name would you not want your own youth player to succeed on loan?

I can’t answer that one. Whenever one of our players has gone out on loan I want with all my heart for it to be a success and for that person to return to my club a better player and someone who can enhance the squad. We have no Carlos Pena type, out there to get him off the wage bill. I want them all to do well and cannot understand any other view.

Charley Musonda has plenty of time left at Celtic Park in which to prove himself worthy of a place in our shirt but also worthy of the shirt of the side from where he’s come. The ridiculous spectacle of our media and others salivating over this perceived failure is unedifying and actually a little sinister. The kid deserves more respect, whilst he gets it together.

He has all the skill in the world. I still believe we’ll see it in the famous Hoops.