Brendan Slaps Back At Disrespectful Sevco With A Coded Warning For Sunday. 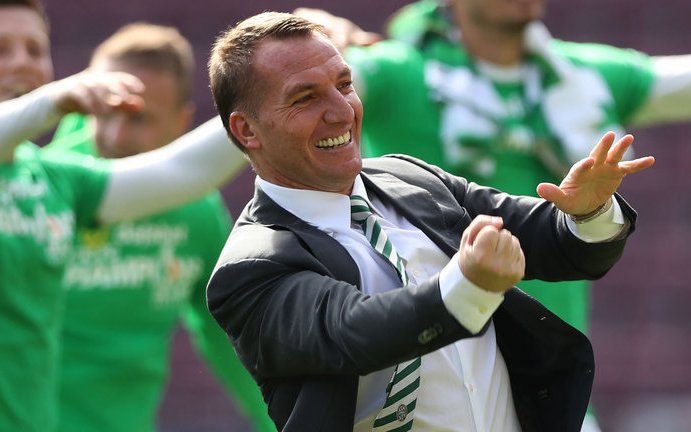 Brendan Rodgers today took a shot at Sevco over the behaviour of their players when the draw for the semi-final of the Scottish Cup was made.

Speaking to the media today ahead of the game he pointed out that our policy is to “respect every opponent” and to act with humility.

In addition he also pointed to the behaviour of Sevco’s players.

He said the reactions of their players will be “etched in their minds” as the game starts.

It’s another piece of brilliance from Brendan, putting the pressure where it belongs.

Anyone who gave that act of stupidity more than two seconds of thought knew it was a singularly bad idea, and that they then broadcast that to the media as if it was some kind of PR genius is equally telling. Neither Brendan nor our players were impressed or intimidated one bit.

“This is a game they were cheering for,” Brendan said, ominously.

One suspects they already regret it, but our manager seems to be suggesting they are going to regret it a lot more come the final whistle. Then, in an obvious comment on the so-called “unsurpassed dignity” at Ibrox (stop laughing, I know, I know) he added this;

“”One of the values of this club is humility we always show respect for every opponent.”

When the man has them in the gun-sights he really doesn’t miss, does he?

This is Brendan sending out a clear warning about the mood in our dressing room; the players want to win this one for all the right reasons, but for this reason too. Nobody has to worry about our players not being entirely up for this. They will be. They are.