Kris Boyd For Player Of The Year Over Brown? There’s Desperation In The Air Alright. 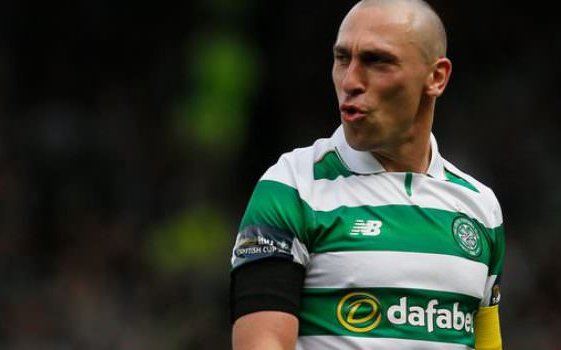 It was Meatloaf who sang “Life is a lemon and I want my money back” and that’s how everyone in Scottish football should feel if the sporting hacks exercise their voting power to put Kris Boyd anywhere near the Player of the Year awards.

The lead-off hitter here is Barry Ferguson of course, in that cartoon and crayons column of his in Scotland’s Best Brand of Novelty Bog Roll.

He acknowledges the clear-cut truth, that Brown belongs on that shortlist, and then offers his own opinions, many of them half-baked, others just witless wittering. E-Tims has already beautifully fileted him over it.

But Ferguson wasn’t the only person promoting this nonsense.

His paper is on board the bandwagon and recently held a “debate” amongst its writers about whether or not the Kilmarnock striker should be recalled to the Scotland squad with the idea finding favour amongst around half of those asked. Because our national humiliation may not yet be complete with the appointment as manager of a man whose team cheated and who once quit the job for the joys of Birmingham.

Meatloaf, in the same song, sang that “there’s desperation in the air that leaves a stain on all your clothes and no detergent gets it out.” That desperation is palpable at the moment, and appears to be geared towards one purpose; keeping Scott Brown from taking the award. James Forrest may have challenged him for it earlier in the season, but Scott is now the runaway candidate in a season where he has been as dominant as I’ve ever seen him.

In a normal football environment this would not even be up for debate, but this is Scotland and some of the nonsense being thrown around would make you sick. Brown has been a target for one of the most sustained negative campaigns I’ve seen since Lennon was playing here; there are a number of people in the media who would not vote for him at gunpoint. A number of his fellow pros feel exactly the same way, no doubt.

So the quest is on to find a candidate that people in the media and in the game, who don’t like Brown, can get behind and Kris Boyd is being put up there. So too is Tavernier and doubtless Josh Windass will be put on the same pedestal. See, I can just about live with that. Give the Sevconites something to dream about, something to hold onto … it makes a surface kind of sense. They always have one or two of them in there, for tokensim. It was the goalie last year.

But Boyd? That’s beyond belief.

Don’t get me wrong, I’ve enjoyed some of the highlights of his campaign, including his goals against Sevco which have played a role in plunging that club into turmoil, but really … is this a joke?

Boyd is a two-bob footballer. Louis Moult was top scorer in the SPL last season, went down to England and has done so “well” there that there’s talk of him coming back up here to pull on a Sevco shirt in the next campaign; I personally think they can’t afford him, but the story is doing the rounds. Boyd has always been a goal-scorer, but his contribution to games other than that is virtually zero whereas Brown covers every blade of grass.

But he’s a media darling and that’s what matters.

It is pitiful and small-minded and cheap but this is Scotland.

It would be just like our hacks and the so-called professionals to push this to the point where it’s no longer funny.