Matthew Lindsay Just Couldn’t Help But Bring Brendan Into The Murty Q&A. For What Purpose? 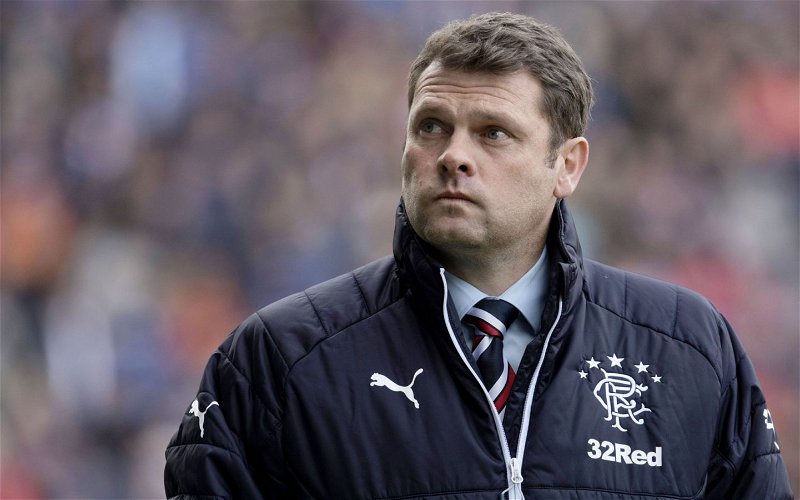 Sometime yesterday, Matthew Lindsay, over at The Herald Group, decided to do a little Q&A with Graeme Murty on the issues facing the Ibrox club since last Sunday. I went through it line by line because I find the Sevco boss’s plight to be fascinating. He is under real pressure, pressure he wasn’t built for, and some would say – I am amongst them – that he was thrown under a bus by the chairman before the game kicked off.

I don’t have sympathy for Murty. None. I know that a lot of people do. They see a poor wee downtrodden man in there. I see a gullible fool who was the last person to know he was on a using. I see a guy who allowed himself and his players to get carried away with a handful of wins over bottom six sides and lower league teams in the cup, to the point where he boasted of them cheering when the semi-final draw was made.

I see a guy who was asking for a day like Beautiful Sunday, and got what he deserved.

The interview itself was a puff piece; if you believed that Murty would be asked real tough questions you’ve clearly not read our media before. I thought it was all soft-ball stuff, except for when the questions got to Andy Halliday and Murty admitted that he hasn’t even spoke to the player yet about his reaction at the weekend. Then Lindsay had the perfectly normal, the perfectly human, reaction, as in “You what? You’ve not even spoke to him?”

“You what?” was exactly my reaction when I got to the end of the piece, and it came when I read the following exchange.

Q: Do you know Arsene Wenger is going to leave Arsenal at the end of the season?

Q: Celtic manager Brendan Rodgers has been linked with the position? Do you hope he goes?

“Having known Brendan for a long time, I think it would be a good fit and I could see it happening. If it does, I wish him good luck.”

Q: Would you drive him to the airport?

A: “I think Brendan’s got more than one car.”

And I thought to myself, “What kind of questions are those? Do you hope Brendan goes? Would you drive him to the airport?”

It’s clear that some at The Herald Group would love to see Brendan go, and would personally drive him to the airport if asked, but that sentiment doesn’t belong in an interview with someone not at Celtic, on a completely unrelated matter.

The question itself is grotesque. First, it’s a bear trap and one so obvious even the stupidest inhabitant of the Ibrox stands would have spotted that. Second, the question is an insult and not just to Murty, who it suggests is petrified of facing our club whilst Brendan is there. It’s an insult to our club as well, suggesting as it does that for Sevco Brendan is the problem and the only one. But there’s a deeper problem with it and it’s the mad keenness amongst many in the Scottish media to see Brendan pack up his pencils and move south again, along with Kieran Tierney and Moussa Dembele, all the better to aid Sevco but more, to reaffirm for these people that we’re English football’s poor relation and idiot neighbour.

And the question is about the stupidest that I’ve ever heard asked; Graeme Murty has one more game against Brendan Rodgers for the rest of his career, and then he’s done. And everyone knows this. And everyone is talking about it. He’s a busted flush; there will not be a full season in the dugout for Murty. Lindsay would have been as well to ask Brendan if he would drive Murty to the airport as ask the Sevco boss the reverse.

Lindsay used to be a good writer, a good journalist. But that was a hack question, right out of the Neil Cameron tabloid playbook. He wants to stop listening to his boss’s suggestions before doing a sit-down, because that one was a shocker.

Hey it’s either that or I’m giving Lindsay himself too much credit and he came up with that on his own.