Scott Brown Has Got Right Under The Sevco Fans Skin. Which Is Exactly What He Wanted. 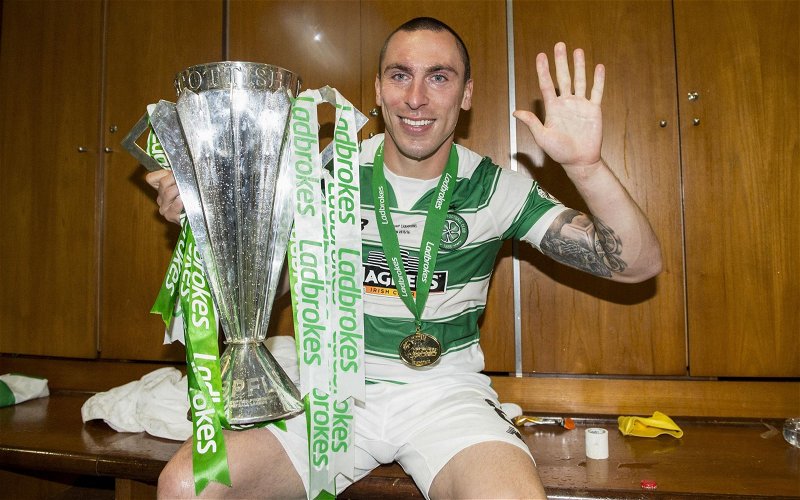 Isn’t it a great shame that Sevco’s hapless boss cannot “pin Scott Brown’s words to the dressing room wall”? Because, after all, what did our captain say that would have “fired them up” except to tell the pure and unvarnished truth? Hibs are the best team we’ve faced this season, as has been borne out several times.

I wrote it myself a few months ago.

There was a point in the season, was there not, when Brendan Rodgers said the same thing. Other managers have echoed the sentiment. But because this is Scott Brown it has made perverse headlines, accusing him of “insulting” them. They are so easily offended these Peepul who used to boast that “no-one likes us and we don’t care.”

When do you think they became such whiny sods? When their club died, I guess.

But although Brown merely stated a personal opinion, and one shared by any number of people, and which is supported overwhelmingly by the facts – we haven’t beaten Hibs 4-0 this season, have we? – the media wishes it were more and is desperate to make it more. But really, what has he said here that has caused all this hysteria?

He has not said Sevco are a bad side or openly mocked them. He has said he is looking forward to the game but that’s par for the course. He has said it would be good to win it on Sunday but he said exactly the same thing before going to Easter Road. As I pointed out over and over again, any boss who needs to motivate his team by drawing their attention to negative headlines is someone who probably shouldn’t be in the job.

Added motivation? Yes, of course. But if the heart doesn’t exist you aren’t going to install it in a team with this kind of weary nonsense.

Brown knew what he was doing; of course he did. And what he was doing was the same old same old from him. He knew exactly what the media would write but neither he nor the Sevco team were the target of his comments; no, the people he was shooting for were the Peepul themselves because they were always going to go berserk over them.

This guy can play them like a fiddle now, he knows so well what gets under their skin. They have gone plain bananas over the comments, and that’s just what he wanted because I think, like us, Brown loves to hear their pathetic moaning.

I have seen players who thrive under pressure and players who fold the hand. But I cannot remember a player, in my life watching Celtic, who genuinely sees to get off on Glasgow derbies the way this guy does; the atmosphere of them just energises him and that’s incredible to me and it’s way that desperate lot across the city haven’t yet found anyone to match him.

And it’s why they won’t, no matter how much hype they surround people with.