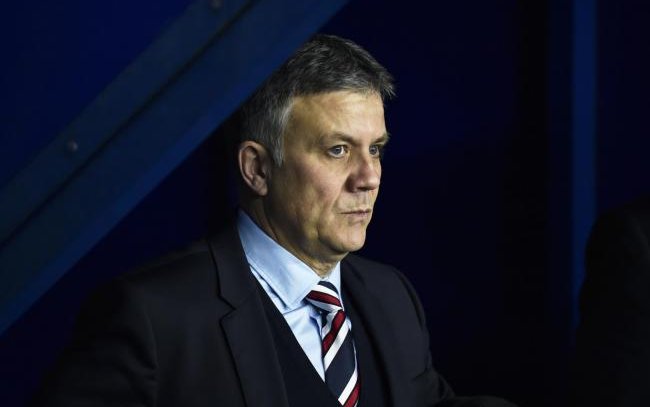 Do Sevco ever, ever learn? Are these people out of their minds, or what?

If you believe the press today they are linked with attempts to sign James McArthur and Scott Arfield, on freedom of contract. The stories are absurd. Even if they had the money for the wages to pay these guys, who the Hell is buying them and for what purpose?

This is a club that operates in a bubble of its own making. They have no manager in place for the next campaign but we’re to believe they are already looking at players? Whoever comes in as boss, is he really going to be expected to simply inherit a team that other people have built? Caixinha is sending back Pena this week. Herrera hasn’t been seen for months. There’s already enough money leeching out the door over there, and now this?

And what the Hell would they be trying to sign midfielders for when everyone knows that their defence needs a full-scale rebuilding? Does any of it make sense?

I have to question the calibre of the players as well; this is what I called Sky Sports Scouting in an article just last week. This is signing players because they are Scottish and you’ve seen them on the telly. It is the very worst way to go about building a team. This is what Mark Allan has been doing? This is the expertise he allegedly brings? To look through a list of players coming up to the end of their contracts, and find out which are “Rangers minded”?

Are you joking? Is he getting paid for this?

Anyway, these are what amount to “bling” signings at Ibrox now … not that we’ll ever see them happen, because these players are not realistic targets, not on the wages they can command and with other clubs in England sniffing around.

They are teasers, designing to entice the Sevconuts to part with their money in the belief that “things are happening.”

Anyone who falls for it is a mug.