What The Hell Will The Ibrox Crazies Do If Sevco Appoints Another “Celtic Minded” Manager? 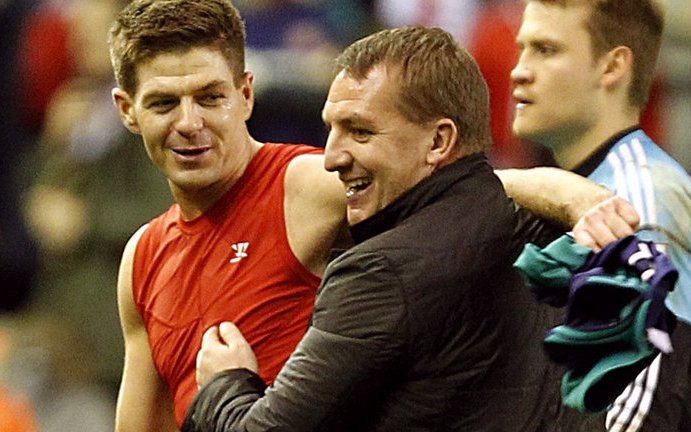 Steven Gerrard might well be about to be appointed Sevco manager.

My guess is that it will happen, if it does, early next week.

The Sevco board has really taken a desperate step with this one, and if they get their man they will be praying that a sprinkling of celebrity papers over the cracks.

Those cracks would be revealed in good time anyway.

Unlike some, I don’t think this is mere talk. It is just the sort of low-cost, high-risk punt the Ibrox board would be prepared to take, if only Gerrard can be convinced that he will have a budget and a proper run at it. If I were him I’d be very wary of accepting any promises which start with “when …” as in “when we’ve moved on some players” or “when we’ve secured support for a share issue” or “when x-y-z happens and the big money pours in”.

People close to Gerrard and pissing all over this idea, by the way.

Because they claim he is way too smart for this.

He wants a managerial career, and taking over a club he doesn’t like very much to go gun to gun and toe to toe with Brendan Rodgers whilst overblown expectation rages around him and he is financially outstripped by a factor of three or four to one (forget fivers for tenners; we could put down twenty for every five over there and not even miss it) is not a prospect he views with any enthusiasm at all.

But he and others have made damned sure the story has leaked, and not just for maximum embarrassment should he turn them down … but it can’t hurt to advertise, down south, that he has interest from a club perceived in some circles as being “big.”

Yet that Sevco are willing to even talk to him tells me something; they are adamantly ignoring the voices in the stands that are already sick of “Celtic minded” people at their club. Some have clung to the straw that he and Brendan Rodgers “don’t get along” … but seriously? That story is freely available to anyone who wants to listen to tittle-tattle but the public comments from both men have never been anything but warm.

“I wish I was 24, I wish I’d met Brendan when I was 24 because I think I’d be sitting here talking about a lot of titles that we’d won together,” Gerrard said after he left Liverpool, and thereby was under no obligation to be nice. “The reality is, Brendan came into this club when I was 32 years of age and it’s a shame that relationship didn’t start 10 years ago.”

The two men actually have a warm relationship, and Gerrard has never hidden his affection for our club either, so Sevco fans who scream blue murder because Brendan has a good relationship with Graeme Murty and also had a lot of time for Pedro Caixinha and Mark Waburton – to their chagrin – better brace themselves for cuddles on the touchline and a lot of mutual respect getting bandied about even if the two men end up as “rivals.”

And I don’t think there will ever have been an Ibrox boss who will be less inclined to pander to the nutters in the stand with all that WATP pish. In fact, look out for a lot of talk about how great a club we are and how we’re the benchmark they aspire to on top of the kind words about Brendan himself.

I wrote earlier in the month about how Ibrox Noise had said they were sick and tired of the “Fifth Column” in their club; men with Celtic in the hearts and on their minds rather than Real Rangers Men working for the greater good of the Peepul … well since then the club has allegedly opened talks with Celtic fan Scott Arfield to anchor the midfield and are now said to be talking to Gerrard about coming in and being boss.

That’s a decisive repudiation of what the lunatic fringe appears to want. A new best mate for Brendan is not what they had in mind when they wrote that article, and it will be hilarious to see how they respond to the first bad result.

Poison will be in the air alright. If he has sense he won’t subject himself to it, but this is Glasgow and this city attracts crazy people … and I will not be shocked if this happens. But I will be glad. Because it will end in tears and some of those tears will be angry ones, far in advance of any disaster he presides over out on the pitch.