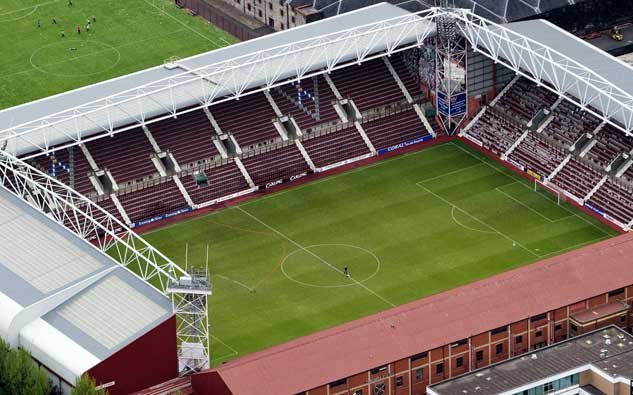 Today at Tynecastle, Celtic fans captured ugly scenes on their mobiles as Hearts stewards and local police closed a gate which was being used by our supporters.

The footage is pretty bad.

It shows what could have been a potentially dangerous situation, exacerbated by the general contempt with which our fans are treated in various parts of the country.

I reached out to some folk in an effort to find out what went on; fortunately, answers were not too hard to come by and nor was eye-witness testimony which gets to the bottom of the affair.

Several CSA members were on the scene, but more importantly so was Celtic’s supporter liaison John Paul Taylor, who has moved quickly to defuse suggestions that anything untoward went on.

From what I’ve been told, the police and stewards were instructed to close the gate because Tynecastle officials informed them that the section of the ground in question was already full; in those circumstances one of two things has happened; either the computer that monitors numbers is in error or there are forged tickets doing the rounds. Although the scene looks ugly, it was actually in keeping with security and safety regulations.

Fans were still allowed in but the queue moved slowly and because of the possibility of forgeries fans tickets were given a once over. The scenes were described as “a little chaotic” but ultimately within the rules and regulations with safety a priority.

But just in case, John Paul Taylor stayed on the scene to monitor it until every last fan was inside the ground; he himself got in around ten minutes after the kick-off.

That’s what a good SLO does; not only did he keep his eyes on the issue but he quickly made the incident public and kept the information flow going.

Thanks to him and to the CSA guys, John and Joe, who updated me on this.

Folk getting crushed at hearts pic.twitter.com/tXsb4SJXJ5