Celtic’s Success On Sunday Was Made In Lennoxtown, With A Very Unlikely Hero. 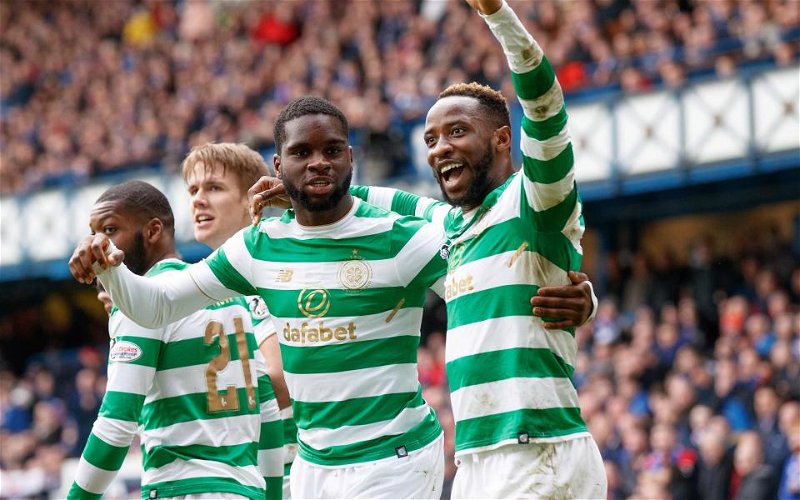 Today I heard a story about Stilian Petrov, alone in Glasgow, shortly after he signed for our club, sitting in a burger bar mournfully having his dinner. It is a scene out of a past that we were moving away from even at the time. Nowadays no foreign player would ever be brought to the club at great expense and then left to fend for himself in a strange city.

About three months ago, I wrote that Celtic’s staff at Lennoxtown were hugely impressed by one Odsonne Edouard and that a decision had already been made to secure his signature on a long-term basis. Reports on him were glowing.

Brendan described him to one coach as “one of the best natural talents I’ve ever worked with.”

That insight came from Phil, who’s contacts up there gushed over the young Frenchman and who’s assurances convinced me well before it became obvious on the pitch that we had something very special on our hands. Had I still been in doubt, the way Edouard scored at Ibrox to secure the three points for us would have erased any concerns. The kid has ice-water in his veins. That he so easily, casually, dealt with the pressure this weekend was no surprise.

But there’s an unsung hero in all this, and one you might regard as unlikely, and I’m once again indebted to Phil for offering up this story.

The man we should all be thanking is Kolo Toure.

Kolo is the personification of modern Celtic.

Not only is he employed by the club in a coaching role, but he fulfils an important ambassadorial function. He has taken our French contingent under his wing. He nurtures and guides them. He keeps them grounded, but also stops them from feeling they are navigating life here on their own. It helps that we have more than one French footballer, but it would be a lot harder if these kids didn’t have an experienced pro on hand to give them that extra assurance, that extra security.

It is easy to forget how low the average age of our squad is. It is easy to forget that a lot of these kids are far from home and doing all this. But we no longer leave them to make their way alone. We now surround them with a support system that is second to none.

And in that system, Kolo Toure has become a mentor and positive force, and not just those kids who hail from France. Our young players all benefit from having him around. He’s been there, seen it and done it all in his career. If, one day, he decides on management that gravitas could carry him a long way, perhaps even back to Celtic Park at some stage.

Celtic takes more care to make sure we get this stuff right than you can possibly imagine. Signing a new player is always a risk, and when he comes from abroad you have more to worry about than just whether he can perform on the pitch. If he’s homesick you’re in trouble. If he can’t adapt to the culture and the language you’ve got problems. If he lacks the fortitude and discipline to keep clear of bad habits and bad people you’ve wasted your money.

Due diligence is everything, but even it can’t help someone find his feet. And you can already tell with the way Dembele, Ntcham and Edouard have hit the ground running that there are no such problems with them. Moussa had already played a year in London; there was never going to be a big problem with him. Ntcham had gone to Italy on loan. He, too, had proved he could settle, much as Koussi Eboue had by going to play in Russia.

Odsonne Edouard was a risk, and no mistake.

Yet he’s been a hit, and we look as if we’re going to push the boat out for him.

It’s no more than he’s due.

It’s a signing we can make with confidence and we have an unlikely – and unsung – hero to thank for that.