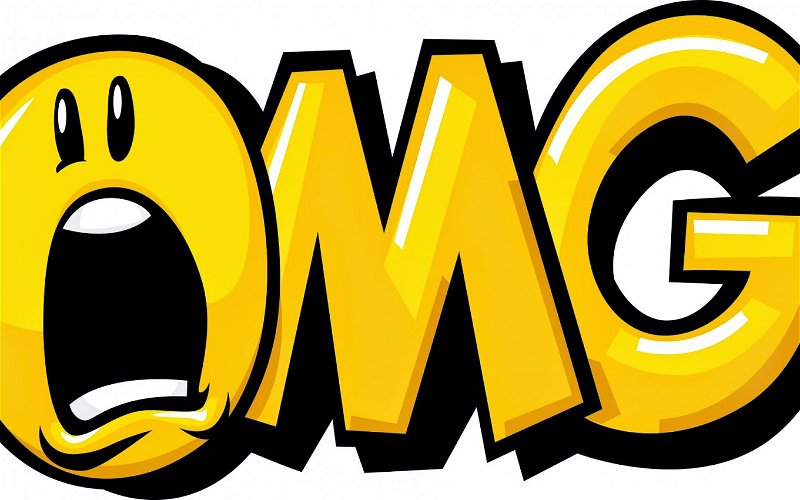 Don’t you love a sarcastic and bitter headline?

Ibrox Noise produced a beauty of a one last night; it was entitled “A congratulations to Celtic, from Rangers?” Forget for a moment that for that to happen you’d need not only a change in tone at Ibrox that would be quite incredible but a Ouija board as well … you already know that headline is a fraud.

The article is every bit as honking as you’d expect. Which is why I’m going to dissect it for you, paragraph by paragraph. It needs it. It demands it.

“Let’s take nothing away from the achievement of Celtic creating history in Saturday’s resounding 2-0 victory in the Scottish Cup Final.”

And you just know, because the writers over there are complete goons, that the next line is going to try bloody hard to take as much away from it as possible.

“It was an easy, expected result over bottom 6-club Motherwell at Hampden Park. Celtic are now the only team ever to win the treble, two years on the trot, so how was it done?”

Bottom six club Motherwell put Aberdeen out in the semi-final. The team that finished second in the SPL. One place ahead of you know who. The writer clearly doesn’t do irony.

So he’s going to tell us how we did it, how we won our double treble; what are the odds that he’s not going to say “by playing sparkling and brilliant football?”

“One way was to totally eliminate any competition who had the audacity and talent to beat them over the course of a season. What Celtic, with the help of Hibernian and Dundee United, did to Rangers and Scottish football in 2012, was one of the greatest travesties ever.”

Man oh man, where even to start here?

How about with the suggestion that the writer run away and look up the word “audacity” because I’m sure that has to be one of the worst uses for it I’ve ever read in all my life. As to his general point, it’s the same puerile nonsense they’ve been spouting for years, that we deliberately removed our only competition. As if there was no other reason why we’d have voted not to accept an even greater act of cheating on top of everything that had come before.

And why single out those clubs?

I remember that ten out of twelve SPL clubs voted to reject Sevco’s application to join that league. I remember a nearly unanimous vote to make them start in the third tier. Blaming Dundee Hibs, Hibs and Celtic sounds an awful lot to me like picking and choosing those with a certain background, as if this was some kind of Catholic-Irish conspiracy … but of course, the writer can’t be doing that because that would absolutely barking, wouldn’t it?

“Another method is to control the SPL and the way the SFA look at everything now, since Celtic took over from Rangers as the runaway winners of the most non-competitive-league-ever known!”

Aside from that reading like someone took a sentence in English, translated it to Mandarin, then to German, then to Dutch and then back to English again, it’s paranoid garbage. And the most non-competitive league ever known? Really?

And believe it or not, the writer was still semi-sane when he wrote that. Which is a state of affairs that doesn’t last until the next paragraph, where all the bitterness starts to seep through and the writing because even more laboured. (So too does the reading; brace yourselves.)

“God bless the bhoys for their heroics against teams with little or no money, as the blue pound has been sorely missed throughout the land, since the ‘Gers were inexplicably bounced down to play in the lowest league in Scotland – division 3.”

No other blog anywhere in cyberspace can be in greater need of a decent editor.

That is truly gruesome to read.

The point is also ridiculous. Tell me something; do you think these goons ever talked so much about financial disparity and the economics of the game? Their club is already spending more than it can afford and they are drooling over Jermain Defoe and Martin Skrtel and other high-profile players.

Will the subject ever be broached again if they get these guys and finish a secure second?

And there’s nothing “inexplicable” about them being made to play in the lowest tier. That’s where new clubs start, and that’s what Sevco was in 2012. This is not complicated. It is basic stuff. It is Football Regulations 101.

This nonsense about how not having access to the “blue pound” made other clubs weaker … it’s disproved garbage.

Clubs in the SPL have never been healthier. Most adopt financial fair play on their own. Since Sevco was born in 2012, around a half dozen clubs have won major trophies and played in Europe who might not have. Hearts have built a new stand. Aberdeen are building a new ground. Hibs have got promotion and are now Europa League qualifiers … the Armageddon that was supposed to wipe away a dozen teams has never come to pass.

“If you think I have spat my dummy out of the pram – well you are right!”

Yes, you made it quite obvious. And your pain is delicious. Keep it coming!

“Shame on you Celtic for capitulating the whole of our game up here and ripping the standard of quality players plying their trade in Scotland to shreds.”

Oooft. Every person who ever studied Higher English is wincing reading that right now, and everyone who teaches the subject is snapping a pencil in sheer frustration.

That’s the kind of sentence that gives blogging a bad name. It’s the kind of writing that makes your eyes bleed. Atrocious misuse of the word “capitulating”, convoluted structure … and the point itself makes no sense whatsoever. What the Hell did we do to make good SPL players into bad ones?

“With no real money to spend Aberdeen, Rangers, Hibernian, Hearts and Kilmarnock have to make do with signing as many free transfers and loan deals as they can muster.”

Tough titty. Hard old world, isn’t it? Some people would call that “living within your means” and it’s common across football and, actually, it has been the norm in Scotland for as long as I’ve been watching the game here, for most clubs anyway. But the brass neck of someone from Ibrox Noise bleating about how every team other than us has to make do with freebies and loans is stunning when nearly every article on the site that isn’t about Celtic is about how much money they are going to spend in this window. Last close season it was all about how they had outspent everyone else … including us. Are these people really this thick?

Apparently so, because this comes next …

“The short-sightedness of the board of the east enders of Glasgow astounds me. Are they really so ill-advised that they could not foresee the problems that eliminating Rangers to the bowels of football was going to harm their own profit margins in the long term?”

First up, that is a mess of monumental proportions.

The writer is one of those people who thinks the art of doing this is simply about being able to put one word in front of another. Yeah, like sculpting is about taking your chisel and just whacking the Hell out of it and then stepping back to admire the results. The problems in that one paragraph would take an entire essay to deconstruct. How about misusing “ill-advised”? How about the grotesque misuse of the word “eliminating”?

The whole section makes me shudder.

And what the Hell is the writer talking about? On the one hand he’s arguing that we’ve enriched ourselves, and made ourselves strong, on the back of their absence … and now he’s suggesting that we’re heading for financial oblivion as a result? Where have our profit margins been harmed? Our profits are going up year on year at the moment.

Delusional. The writer is now howling at the moon.

“There’s been talk of ‘asterisks’ against Rangers’ legitimate title wins of the past, and yet Scotland’s media never mentions how comically invalid Celtic’s achievements of the past seven years or suggests an ‘asterisk’ next to them.”

First up, the media refuses to concede that there ought to be asterisks next to Rangers tainted titles; that has not stopped them calling Celtic’s into question in the manner of this idiot writer. Rangers EBT titles were not “legitimate titles”: I can show the writer the precise regulations that were broken in that time and the manner in which other clubs who violated them were punished. It’s easy to establish the facts here, it’s all in the public record.

But there is nothing in the rules, I’m afraid, which prohibits one club spending more than others are able to, or being well run enough that they can. There are 12 teams who start each SPL campaign and all of them start with zero points. The last time I checked the league title was presented to the team which won the most points in a season; we did that seven times in a row. Those titles are not tainted in any way, shape or form.

They were won fairly and within the rules.

This “put an asterisk next to them cause our team is crap” bears more than just a passing resemblance to the old school track and field argument which starts with “you ran before the bell and ah wasnae ready …” In other words, it’s childish, loser pish.

We’re almost finished. If you’ve stuck with it this long, you’ll have no problems getting through this last bit.

“When you deprive competitive opposition it only reduces revenues at the gate, discourages sponsors and removes lucrative TV money. It has turned our game into a joke, especially down south, where they stopped watching our games in their thousands.”

I can hear literature professors and students throughout the country wailing “No, please, no, no, no, please, no more …” just reading the words “deprive competitive opposition”.

The argument presented by the paragraph is the same one the hacks and Stewart Regan and others were coming out with at the time, and it was baloney then and it’s baloney now. And to those “down south” who barely watched Scottish football in the first place, every league that’s not theirs is a joke.

I don’t care what they think and never have.

“With the similarly short-sighted Celtic fans delighted to witness their team overwhelm Rangers on occasions and then watch the same players fail to turn up against Hibernian and Aberdeen at the end of the season, it must make them wonder at times – then again – maybe not!”

I have no idea what that paragraph means and you know what? I’m not even going to try and figure it out.

The writer should be whipped and scourged for his sins against the English language.

“Confidence is growing that Steven Gerrard and his new staff and players may finally properly trade blows with Parkhead and give them a right bloody nose. Asterisk or no asterisk.”

Confidence is growing where?

On the evidence of what?

What the Hell does the last line mean?

What the Hell has the writer been smoking or ingesting?

They Are The Peepul.