Sevco’s Pursuit Of Gerrard Stinks Of Desperation And That Sort Of Thing Rarely Ends Well. 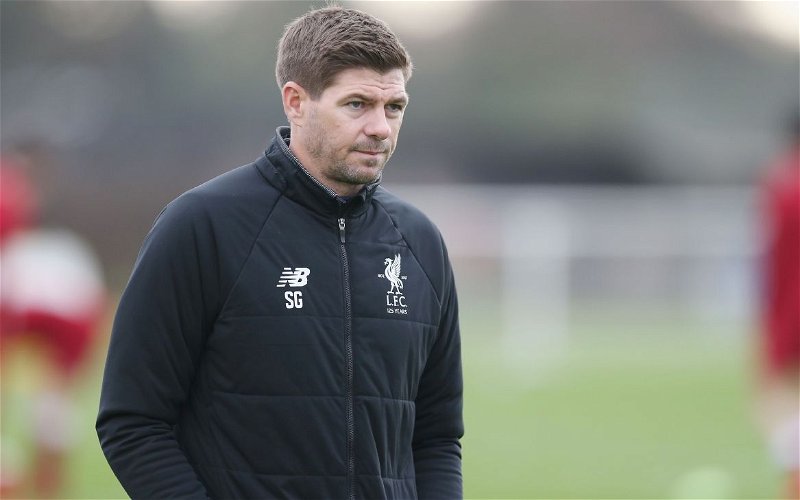 Towards the end of crime film Public Enemies, John Dillinger – played by Johnny Depp – argues with a partner about whether to attempt a risky robbery.

Dillinger is planning to work with someone he doesn’t know, and he’s reminded of the old maxim to ‘never work when you’re desperate’, because rushed decisions made under pressure often end badly.

As the latest stage of the saga that is Sevco’s managerial woes emerges, it’s hard to not think that this advice should be heeded down Ibrox way.

Graeme Murty follows Ally McCoist, Stuart McCall, Kenny McDowall, Mark Warburton and Pedro Caixinha as the latest in a long list to arrive then depart since 2012.

Jimmy Nicholl steps into the breach, but only for a short period.

But it’s hardly the first risk that’s been taken in the Blue Room.

The hopeless desire to quickly reach Scottish football’s summit not through steady progress but instead with a quick fix is what leaves that club in such a mess.

Gerrard may prove to be a masterstroke.

He was a top player, will certainly have contacts and can also create an excitement and interest that other appointments may struggle to achieve.

However Gerrard certainly won’t be cheap.

Whatever his wage demands, he will surely expect significant financial backing to rebuild the team (wherever the money is coming from), and also his choice of a backroom staff.

After the 2017 spending splurge under Caixinha, how many times can the Ibrox club afford a big gamble before the financial ghosts of 2012 once again haunt the marble staircases?

If the Liverpool man takes the job then that will leave the last three permanent appointments (Warburton, Caixinha and Gerrard) as being desperate attempts to pull an ace when otherwise all is lost.

This mindset can be easily traced back to 2012.

When starting in the bottom league, the sensible approach would have been to follow Gretna’s approach; buy players from the league above, and easily advance through the league. Instead vast sums of money were wasted to win a competition of part-timers.

When that came unstuck and entry to the Premier League was not achieved at the first attempt, then the strategy shifted; put all the money on black, and then pray.

Warburton was an unexpected and outside appointment.

Perhaps with his City trader past he was expected to be some sort of paradox; a safe gamble.

Instead – after a brief penalty based excitement – he was soon shown the door.

Or perhaps showed himself to the door, depending on the version of events you believe.

The next step then was Caixinha, an appointment which even hindsight can’t make any stranger. An unknown foreign manager with no record of success or knowledge of Scottish football, put straight into a top job.

The expectation was clear; by ‘thinking out of the box’ this would flummox Celtic and drive a path straight to the top.

Instead the Mexican’s time in the hot seat came to end with a failure to show any Progres.

So after Murty’s departure, Sevco once again have a choice: choose a solid and experienced hand that will bring stability (perhaps a Tommy Wright figure), or instead go for broke, and hope for the best. Enter Steven George Gerrard.

The clearest warning from history is surely John Barnes.

A Liverpool and England legend, a genuine top player, but with no managerial experience, who was surprisingly given the top job at Parkhead.

Barnes’ Celtic career is remembered most for allowing The Sun newspaper to write their infamous ‘Super-Caley’ headline. And it’s worth remembering that the 1999 Celtic team were not as far behind Rangers as the current Ibrox incumbents trail Celtic.

These thoughts of course will be ignored by the Ibrox board.

The despairing and gnawing desire to not simply catch Celtic but do it in time to stop ten-in-a-row will prevent any genuinely sensible and long-term planning.

Dillinger summed up these feelings best when he snapped back against the advice he’d been given: “When you’re desperate, that’s when you got no choice”.

Matthew Marr is a Celtic fan and blogger from Glasgow with a better grasp of history than most Sevco fans will ever have.