The Intolerance Of The Ibrox Noise Website Takes Your Breath Away. 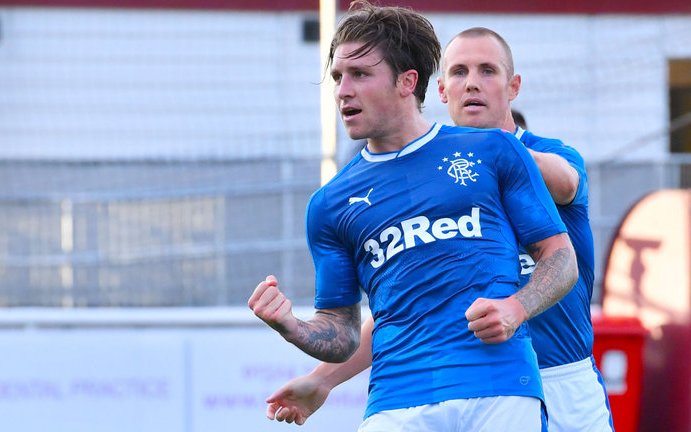 The lunatics of Ibrox Noise are rattling the bars on their cage again, and today they are targeting two of their own players, the goalkeeper Wes Foderingham and Josh Windass, for posting pictures of themselves holidaying with our own Scott Allan.

I use that term quite deliberately; Allan is a Celtic player still, one who just happens to be on loan at Hibs at the moment. And nowhere on any Celtic site is there the merest hint of anger that he is off to Dubai to sun it up with Sevco players.

Because unlike some supports ours is not one step short of institutionalisation.

Football is a small world. I have complained about its incestuous nature often enough, especially in relation to the media who cover it and how close they get to their subject matter at times. It’s why a guy like Ally McCoist got a free ride from them for years. It’s why St Walter never gets called on the role he played in wrecking Rangers or asked about his EBT. It’s why guys like McLeish can wind up back at the national stadium again like recycled rubbish.

It is not a secret that footballers from various clubs get on well. Some, in fact, are friendlier with those from other teams than they are with guys in their own dressing room. At Sevco that shouldn’t come as a major shock.

Why wouldn’t Windass or Foderingham prefer the company of well-adjusted, well-rounded individuals than that of psychotic neds like Morelos? Too many folks at Ibrox look as if they spend too much time chewing their own fingernails of an evening; it stands to reason that the further you were away from some of them the better you’d feel.

But that’s beside the point anyway; the issue here is Ibrox Nosie and its continuing, shrieking, intolerance. That site takes your breath away.

For months they banged on about Murty and his “relationship” with Brendan Rodgers. They went on and on and on about how he was following in the footsteps of Warburton and Caixinha in not wanting our manager burned in effigy on a big Ulster bonfire. I guess when you are so wrapped up in hate that you can barely see straight that it’s difficult to accept that the rest of the world isn’t like you, that other people don’t think the same way.

And all this is even more amazing because it came at a time when Murty was actually doing rather well if you believed what you were reading in the papers and on the forums. Their hatred for him and what they perceived as his failings in wanting to be friends with Brendan was off-the-charts and today they are turning their venom on the two players.

This, of course, is the website which promoted the Enemy Within theory, about which David Campbell will be putting up a piece shortly.

And what are they writing about today on top of pouring bile on their own players? The phantom £4 million big for Skrtel … and two further phantom bids for players the manager (who is yet to start work, remember) is said to link … a total of £13 million.

Like I said, these people are absolutely nuts but it is their viciousness towards anyone they perceive as not meeting their standards of hatred that has to be seen to be believed.