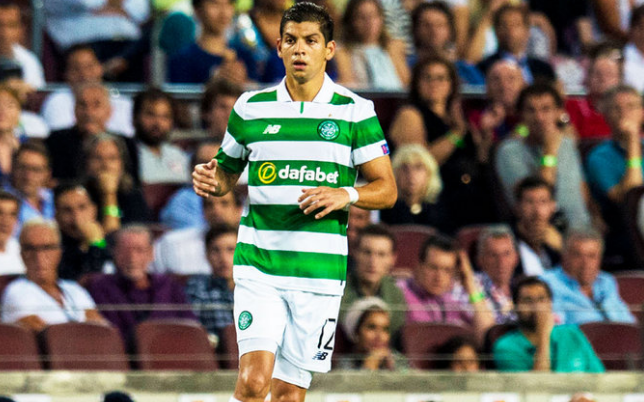 Well I thought Big Cristian handled that rather well, eah?

The score was still 0-0 when he left the field, and one mistake aside – and it was a bad one, grant you – he handled the occasion well and he kept Neymar under wraps. I thought that was worth watching just to see how the big man did and I was not disappointed with his performance.

The goals were scored after he came off, and the second was from one of football’s most gifted players but also one of its most loathsome cheats. Neymar was, as ever, unbearable. He had two flashes of genius in the match – the first when he flicked the ball over Gamboa early, and the second that magic trick he pulled using his two feet at the end – and with any other player we’d have been applauding them for dazzling us.

With him it comes across as arrogant and disrespectful because of his general behaviour on the pitch; diving, bitching, clawing at people, niggles … all the stuff we’ve seen him do against Celtic but so, so, so often in big matches for club and country.

It might not be fair to label it as such, but he does not inspire much sympathy or warmth.

He dived to try to win a penalty … and the ref had given it before VAR showed him up.

He is beautiful to watch at times and at others makes you want to kick the telly.

Cristian handled him well until he managed to show that alertness and pace for which he’s renowned around the 70th minute, and pounced on a single misplaced pass. That moment aside, I thought our guy had him pretty much under control.

Mostly everything Brazil did came down the left side; that’s not a reflection on Gamboa himself. It’s the way they play when Neymar is in the team. But he kept to his task diligently, and when he broke forward I thought he looked like a threat.

This is the thing with Lustig just now; he never looks like an attacking full-back these days.

He doesn’t have the pace for a start. Gamboa has that asset, as he showed.

Yes, my initial impression of Cristian was right.

That’s up to Brendan, of course, but I think he’ll have enjoyed what he was seeing.