Ian Maxwell, This World Cup Has Verified The Utility Of VAR. Bring It To Scotland. 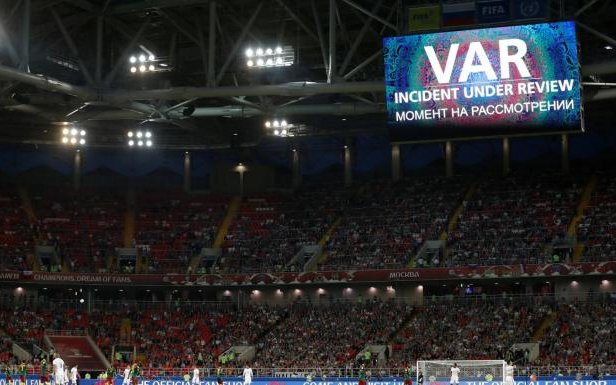 I’ve been enjoying the World Cup so far, and although the game that just ended wasn’t the best game of the tournament so far it was, as others have been, a wonderful advertisement for one of the great modern refinements in the sport; VAR.

VAR is an idea whose time has come.

I’ve written an article about it before, when I saw it used in an MLS match.

Watching it utilised in the World Cup is an entirely different story.

It has resulted in major, game-changing, decisions already and that’s what it’s supposed to do.

He is at the SFA, but it’s hard to believe that if he introduced this to the Scottish Cup that the SPFL would not have to follow, and put it in the top flight.

This would be an amazing place to start changing things, and I find the argument that a lot of clubs would be against this to be pretty unbelievable. The costs are what put some of them off, but I think that argument is nonsense anyway.

No-one is suggesting that every game be covered by it, but all of them now have cameras anyway.

Use it in major games; those live on TV or which might have an impact on a title race. Using it selectively doesn’t hurt fairness; how can it when we’re constantly told we have great refs here in Scotland anyway?

The cost argument looks a nonsense when you look at Portugal, where the cost of having VAR in their top flight allegedly comes to around £1000 per match.

There are four game decisions where VAR applies; goals and whether there was a violation during the build-up; penalty decisions; direct red card decisions and mistaken identity in awarding a red or yellow card. The idea that the game flow stops as a result of VAR is equally ridiculous.

This World Cup has seen key decisions made in 60 second time frames.

I am so tired of inexplicable decisions going against Celtic and being called a paranoiac for complaining about them, and I’m sick of hearing 50/50 decisions which go our way questioned over and over again as if there was some kind of pro-Celtic leaning amongst refs. Guys like Craig Levein, who never tire of bitching about that stuff, should be amongst its strongest supporters and I know of no reason why Celtic would reject the concept.

A lot of our fans think that bad officiating is all that stands in our way of winning another treble.

They may well be right; Operation Stop The Ten has never been more vital to the survival of the second Ibrox club.

If it keeps the game on an even keel and ensures that key decisions will get looked at again, why wouldn’t it be a good thing?

It is not perfect technology, of course. Some things will slip the net, that’s always the way.

But I do believe it would have prevented some of the more ridiculous arguments of recent years.

Let’s have the bias allegations put to bed once and for all, by introducing the sort of innovations that will set them aside and bring us all a better sport.