Michael Ball Is A Gullible Fool. Neither Celtic Nor Rangers Was Ever “Moving To England.” 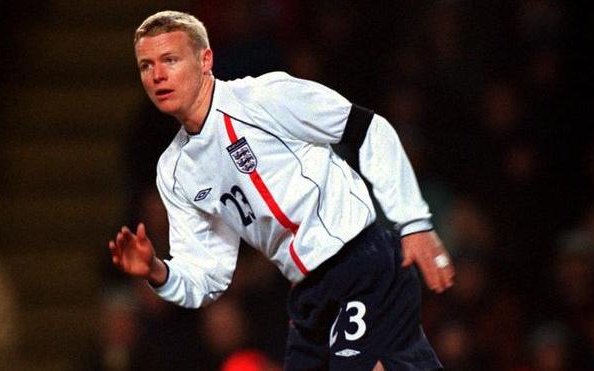 Michael Ball, the ex Rangers defender, gave us all an education in stupid today when told the press that Murray convinced him to sign for the Ibrox club by telling them that the club was moving to English football along with Celtic, and that it had the okay from the powers that be in UEFA.

But it’s also a fascinating example of how stupid some footballers are.

How could any person with a modicum of intelligence actually buy that?

UEFA has never shifted its position on that subject, and neither have the English or Scottish FA’s. It would take a club giving at least three or four years notice before they left one league to join another, and the European body is naturally leery of it because it might open the floodgates.

It’s actually a subject I’ve looked into once or twice over the years, whenever these kind of stories come up, and I’ve never believed that the footballing legal and logistical barriers to it could be overcome. They are enormous. The one thing that I have no doubt would work, if Celtic was ever to try it, would be going down the franchising route … i.e. buying an English club, slapping our name on them and working our way up through the ranks.

At some point we would have to fold Celtic as it currently is and transfer all of our club’s assets over to the new team. I’ve never been in any doubt what that would mean; the end of our history, the destruction of the team I’ve followed my whole life and the ascendency of a team pretending to be us. The English FA would scream blue murder, but Celtic’s lawyers once debated this issue extensively and they believe nobody could stop us.

A club that wanted to, and was ruthless enough, and unconcerned about what it meant, would be able to do it and win the argument in court.

That aside, the day will never come. It’s a nice headline but shows Ball to have been a complete idiot. I wonder how long it took him to realise Murray had lied?

He would certainly have realised it before he became the guy who ended up agreeing to actually pay Everton £4000 every time he kicked a ball for them, to save Rangers money. He is somebody who ought not to be allowed outside without parental supervision.