The Scottish Media That Fawns All Over King Kenny Forgets How Much He Despises Them. 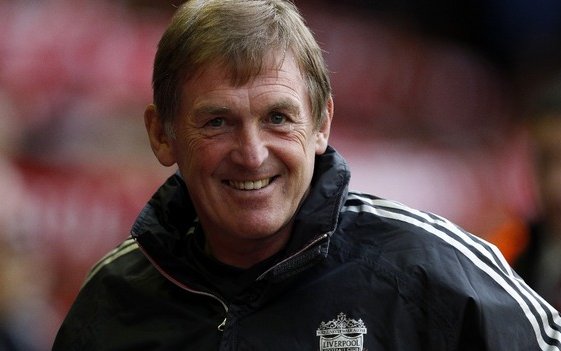 There were two highlights of season 1999-2000, and only two. One was winning the League Cup. That was nice. The other was Kenny Dalglish’s decision to show the media just how deep his contempt for them ran. As with many other parts of our history, there’s the myth and there’s the fact. The myth has been pushed by the hacks, who want you to forget the facts, but the facts are all important here. Dalglish was well within his rights.

He was given a knighthood last week and was suitably embarrassed about it. He’s a man from a working class part of Glasgow, he has about as much time for all that shite as Jeremy Corbyn would. I only wish he’d turned it down.

But of course, the media fawned all over him, and rushed to write tributes to him as a man, as a player and as a manager. A lot of the Scottish hacks forget what they were writing at the time, and they forget it’s exactly why he did it to them in the first place.

The myth is that the media were getting under his skin.

That they were asking too hard questions. That Dalglish decided to try and intimidate them by taking press conferences out of Celtic Park and into Celtic supporting pubs, the most famous of which ended in the somewhat bizarre sight of Dalglish holding court for the media in Bairds.

The sneering contempt for ordinary supporters, the way the media views fans, has never been on such naked, open display as it is in the reports of that time. Read guys like Keevins and McNee and how “threatened” they felt. Read how the atmosphere was “hostile.”

Actually, I know people who were in Bairds that day, and others who’d been in The Celtic Club the week before, and their abiding memories are of their rapt fascination; this was a wholly alien experience, and one that they were interested in observing first hand.

The one flashpoint involved Keevins, when a doorman at The Celtic Club pointedly refused him entry to where the press conference was taking place. What happened next is the subject of much conjecture; Keevins claims he was man-handled for no reason. Celtic Club staff say he was asked to leave and got snotty and had to be escorted out. Whatever the truth, Keevins was so cheesed off about it that he’s let the grudge linger since.

When asked, some years ago, to pick one story from his career it was that he chose; not a story he broke, not an exclusive he got, not a great interview or a piece where he thought he’d shown great insight. A petty, spiteful article about getting his just desserts that day.

And at the core of all that smoke-blowing is the story the media doesn’t want you to remember; the reason Kenny Dalglish decided to do the media conferences away from Celtic Park in the first place.

The media claims it was a deflection tactic and a bit of crowd-pleasing at a time when the club was floundering; indeed, the media was riding the crest of a wave of anti-Celtic stories like never before. We seemed to be all over the place and they were taking enormous delight in pointing that out. Barnes had just been sacked, we’d squandered a fortune on second rate footballers for his revolution and we looked in the kind of trouble that would take years to fix.

At the time, Dalglish was acting as our interim manager, and he forgotten, it seems, how the media up here can be. It didn’t take him long to find out. Every minor setback was spun into proof that the crisis around Parkhead was deepening and that he was out of his depth (a man who had won four top flight titles in England and two FA Cups as a boss).

At one media conference, Dalglish had been asked a series of questions and gave his answers, only to find out when he looked at the papers the next day that he’d been misquoted, taken out of context and accused of misleading the fans. In the era before social media, and of the clubs having their own cameras and reporters in the room, the media generally had the last word on these things. Their power to craft the narrative was fearsome … and they sometimes took advantage of that, and crafted it to suit themselves.

And it was that which caused Kenny to snap.

The media doesn’t like to be reminded of this, but the reason Dalglish took them to the Celtic bars was that he wanted fans to hear the words coming out of his mouth for themselves, so that the press would never be able to do that to him again. And in successive weeks that’s exactly what he did.

Of course they squealed like pigs and resented it, but that was just too damned bad. He made his point, and they never tried to do that to him again. His coverage didn’t improve much, but they knew better than to take the piss after that.

It’s amusing to see them falling all over him this weekend, to talk about what a giant he is in our game, and they are correct. But they weren’t saying it at the time; their contempt for him – as much to do with the club he was at as anything else – was more than mirrored by his for them, and he holds that contempt for them to this day.