UEFA’S Decision To Ban Milan From Europe Is A Warning To Sevco … And The SFA. 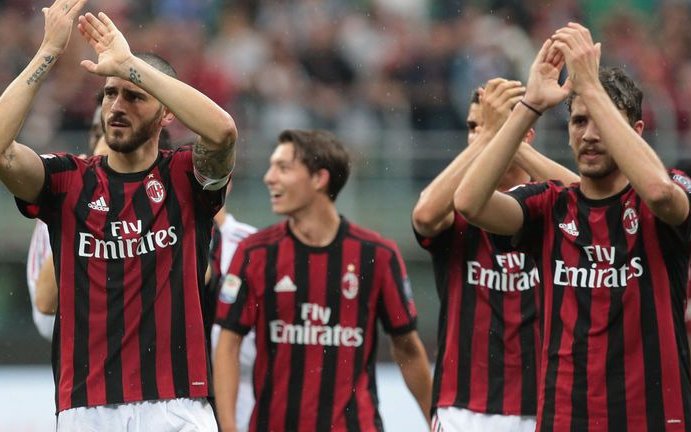 Yesterday, one of the biggest stories in football broke out of Italy and Switzerland as the European governing body took the decision to ban AC Milan from continental competition for the next two years. It is a momentous verdict, and a punishment which shows that when it comes to this stuff the regulators are not messing around any longer.

I know a lot of people have their doubts about this stuff; they see UEFA as essentially a toothless body which allows all manner of rule-bending and even breaking. But UEFA is not kidding about FFP, and they aren’t going to allow big clubs to escape justice.

Sevco is not a big club, and their financial position is murky at best. Sevco does not qualify for a European license this season because they are non-compliant with UEFA rules and regulations. That is not speculative, it is a documented fact. Their accounts tell the whole story and King’s failure to get a share issue up and running, in order to convert debt to equity, is a serious problem. The SFA might wave this stuff through but UEFA will not.

Sooner or later – and it will probably be sooner – they will look at the club playing out of Ibrox and they will either demand that they put their finances in order, which means living within their means and making drastic cuts, or they will ban them. Sevco cannot continue to exist on the basis it currently does and I don’t care how many people refuse to believe that; those people would all have been singing the same song in 2011 before Rangers fell.

I do not speculate. I do not make things up. I don’t know where other people get their data, but I get mine from the club’s own published accounts, a basic understanding of finance and common sense. They are headed the same way as the previous Ibrox side.

UEFA doesn’t care about that. They care about the integrity of their competitions and they will not be terribly concerned if a lot of lunatics amongst the Sevco support don’t like enforced penury; they will do it because the rules say they have to.

And those rules do more than just make trouble for Sevco. They also pose a threat to the SFA because when UEFA looks at the Ibrox books they’ll look both forwards and backwards and if they find out that the club has been running these losses year on year but still getting a license from the national association they will want to know why.

If they look closely at the Resolution 12 information – and I believe they have seen much of it and take it seriously – they’ll see that this is not a new occurrence. I’ll be writing a little about Resolution 12 later on this evening; don’t ever think UEFA is blind to it.

They already suspect that the SFA has been playing games here. If Celtic decides that whole matter should be sent to the Court of Arbitration for Sport – and forget talk about “time bars” and that kind of nonsense, we have raised this issue enough times to have stopped the clock – then that will be confirmed, in spades, along with much else.

The SFA has played fast and loose with these regulations for too damned long. If they are still turning a blind eye to goings on at Ibrox that is going to come back and bite them. Yesterday’s announcement was not only about AC Milan; it was about everyone out there who’s breaking the rules. The message is “we’re coming for you.”

National associations have as much to fear as individual clubs do.