We Ruled At The Bernabeau Once. One Day We’ll Certainly Do it Again. 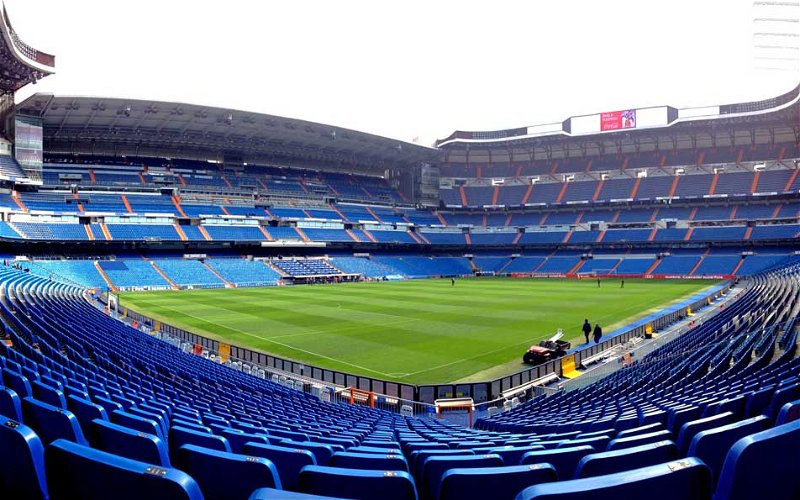 Today is the anniversary of one of the finest 90 minutes Celtic has ever played.

It was back in 1967 and for the duration of that game Jimmy Johnstone stole the headlines in the testimonial match for one of the greatest footballers the game has ever seen, Alfredo Di Stefano. So magnificent was that he the fans shouted “Ole” every time he touched the ball.

Some reports say that Madrid tried to sign him afterwards. It would not surprise me in the slightest. He was untouchable that night. Video footage – I’ve included some of it below – shows some of his highlights. We won the match by a single goal, from Bobby Lennox, but everything about that night was glorious. We were sensational.

Marca, the nation’s footballing paper of note, paid flowing tribute to the team and the way we went about the game, saying;

“May the football which Celtic play stay among us Spanish style. Amen … Those who said Celtic’s football was based on shoulder charges and physical strength were out of date … The best football seen that night was from the Scots, without doubt. Celtic are a great team and they proved it”

Johnstone himself was lauded copiously, although curiously Di Stefano gave Lennox the greater praise in some of the public statements afterwards whilst in others he talked about it being nothing more than “the Jimmy Johnstone show”.

Jinky himself thought it the finest game he ever played.

Bertie Auld had slightly different memories; he got into a punch-up with a Madrid player and got himself sent off. The Scottish press helpfully inquired as to whether or not it would come with a domestic football ban.

I love all these anniversaries.

They give all of us who never saw those days the chance to review them and to share in what those who were must have felt. They still make you feel proud. They make you stop and consider the broad sweep of our history and everything in it.

They can, in a sense, make you feel part of something deeper and bigger than you.

BBC Scotland did one last night on The Tartan Army and Scotland’s euphoric sense of over-confidence in the World Cup Finals of 1978. The SFA’s organisational skills were shown off to have been calamitous even then in the “Scottish camp” scenes. The tales of the ordinary fans travelling to the game were pretty funny as well.

We will revisit the Bernabeau one day.

Indeed, we were there in 1980, and we went full of beans having beaten Real 2-0 at Celtic Park. We lost 3-0 that night and went out of Europe. Celtic fans I speak to who were there have different memories of the place. Some talk of their dismay at the game itself but remember an excellent trip. Others, including one of my closest friends, talks about vicious home fans who couldn’t even take winning well; he personally came home with a blood-stained top, a sombrero and a broken nose.

Over the last few years, a lot of fans of my generation have been looking forward to a Madrid trip. Many have been to see Atletico but the Bernabeau is a place of magic, a theatre of dreams that remains just over the horizon. If we reach the Champions League Groups it will be the one a lot of folks are waiting for; Madrid, the first club to win the modern incarnation of the tournament three times in a row, the tie with all the glitz and glamour.

Even if it won’t be any time soon.