Kieran Does Not Want To Go, Brendan Won’t Sell Him And So The Board Can’t Afford To. 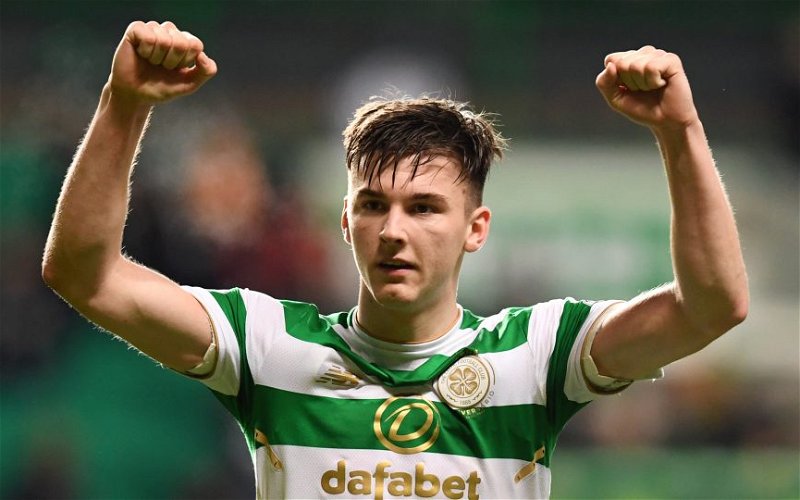 One headline this morning might have seemed designed to put our minds at ease; actually, it was intended to do the opposite!

You see It gives credibility to the rumours that Everton is interested in tabling a bid for Tierney.

The Headline; “Brendan Rodgers has no worries about Kieran Tierney’s focus for Celtic.”

They were, of course, referring to a rare lapse in concentration from Tierney in yesterday’s Austrian pre-season friendly v Bohemians Prague which resulted in the only goal of the match for the Czechs.

No worries as it was only a pre-season friendly.

But still, that mistake and that headline were designed to raise the question.

Rodgers says that he has no worries about Kieran losing focus after having a sit-down with him at their training camp, despite his error in the match.

“As long as it doesn’t happen in games that matter!” Rodgers said. “I think he was surprised a wee bit by the pass but that is okay and apart from that he was very good. He is very committed and nothing changes. He is a good boy, and I had a long chat with him just about keeping his focus really. These things you can’t control. You just need to stay focused on keeping yourself fit and ready for the games.”

Rodgers says that Kieran Tierney will not be affected by speculation around his future amid interest in him from English Premier League club Everton. This is about what we expect; Kieran has been dealing with stuff a long time.

Rodgers says that the club is yet to receive a bid from Everton, although an offer in the region of £25m is expected to come at some point down the line.

“If something comes in then fine but he just needs to go out and concentrate because it is an important part of the season as we get ready for a long season ahead,” Rodgers said. “He is absolutely fine.”

As Celtic fans, we know Tierney’s heart is in Celtic. We know he is a huge Celtic fan.

The problem isn’t Tierney’s undeniable love of everything Celtic.

There is no question where the Bhoy’s heart is. The problem is the massive influence of money.

I believe an offer in excess of £25m would bring some very unwanted pressure on the player from the money men. There are some who think a bid that size would be impossible for the club to turn down, and although Brendan might resist another manager may not.

Brendan and the fact he is a fan favorite make selling him a singularly bad idea for the Celtic board and could lead to a major backlash from the Celtic support. For those reasons, I think we will be seeing him at Celtic Park for a while yet.

So kick back relax and look forward to the season ahead with Kieran Tierney in the Hoops.

Malcolm Whyte is an admin on the CelticBlog Facebook group. He is a big Kieran Tierney fan.