Livingston’s Talk Of Getting “Investment For Miller” Shows That Sevco’s Fiscal Stupidity Is Catching. 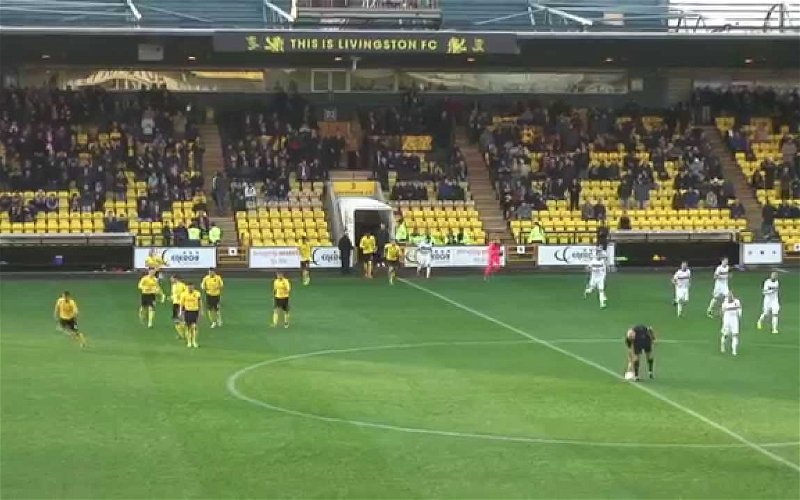 When I wrote the other day of how Livingston’s decision to appoint Kenny Miller was a reckless gamble with their future, I was not aware that the club was planning to prove it quite so soon. Yesterday their chief executive told the BBC that they were seeking “fresh investment” to give Miller a transfer war-chest.

And I marvel at that.

What in the Hell are they thinking? Is Sevco’s financial stupidity leaping to other clubs now, like an airborne virus? It must be.

Livingston has flirted with death already. Have their board forgot what it looks like? Have their fans? Does anyone care that they are imperilling themselves like this? The case for financial fair play rules and clubs spending only what they can afford is being made for us in front of our eyes. They are trying to raise money to let Kenny Miller increase the wage bill … that’s the bottom line. If they get relegated in spite of it, they’re in a world of hurt.

I mean, Miller’s original thinking is already clear; he’s going to raid the Sevco youth ranks if they will let him. There’s an indication as to how much he actually knows about scouting players and finding those who will fit into his team. Footballers who weren’t good enough to break into the last few abysmal Sevco teams are going to keep Livingston in the SPL?

Their fans should be worried sick already.

The word “invest” is so misplaced here. Investment is the most misused word in all of football. If Kenny Miller is getting the money to spend on players where exactly is the investment? Wouldn’t it be more honest to say “We’re looking for people to piss money away on a managerial experiment which, if it fails, will result in administration?”

Give Sevco credit for something; they have massively increased the wage bill but they essentially lied to their manager about how much he’d have to spend. They got their man, but they were never giving him the absurd sums of money the media and some of their fans appeared to believe. They have no idea how they are going to get through the season, but a vast spending spree with season ticket money would have put them in existential danger.

The thing is, Livingston’s CEO knows this is madness.

“”What I really like about the success we have had here is we have done it under our own steam, we have done it with the resources we have in place, we have done it on a shoestring. We are going to have to continue like that,” he said, whilst promising Miller money to spend. The two ideas do not gel. The idea of asking local companies for money so their new boss can go on a supermarket sweep is not running things as they have up until now.

The club has been promoted, and that allows them a modest increase in spending. But I never believed Miller was going there on the promise of that. A “box office” manager requires box office signings. Gerrard expected them and Miller does too. Gerrard won’t get his, and he was a mug for ever believing that he might.

The board at Livingston will be the mugs if Miller gets his.

They talk such a good game, they talk in such a sensible fashion …

I cannot believe the risk they have taken or the one that they are evidently contemplating next.