The Sevco Fans Excitement Over Lafferty Reveals Their Shameless Desperation. 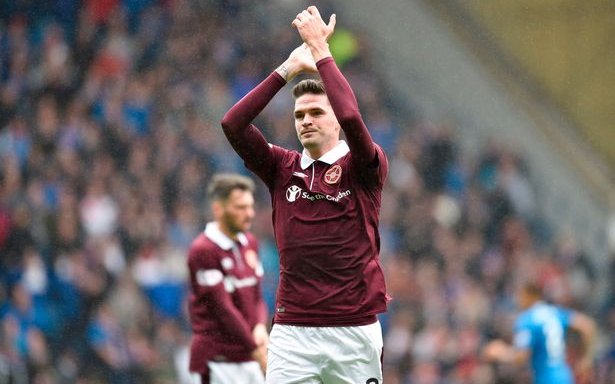 There has been a remarkable reaction on the Sevco fan websites to the news tonight that they have made an unsuccessful bid to sign Kyle Lafferty from Hearts. This news was expected; I predicted it on this site months ago and I’ve been waiting for it ever since.

The media claims he is a “Gerrard target” but I don’t believe that any more than I believe the Australian who is allegedly signing for Manchester City and being sent to Celtic is a Brendan Rodgers one.

Our own issues are for another time.

What I find astonishing about the Lafferty attempt is the unbridled joy in Sevconia about it.

They would take this signing in a second. What desperation. That they are so excited over someone so low-rent is pretty telling in itself, but coming on the heels of their happiness to have Allan McGregor back it shows how far they have come from the days when the former players of Rangers were the lowest of the low.

Really, these are the Peepul so many in our media and the game in general fret about.

They have the attention span of earthworms. They can believe, passionately, in something one minute and the next throw aside all their scruples and their convictions the moment they are convinced that they can achieve some fleeting glory by doing so.

Back in 2012, when the club was liquidated, Charles Green argued that the Survival Lie bound all those players to the Ibrox operation. Their decision to walk away was not only a repudiation of the idea of Sevco as a continuation of Rangers – indeed, some openly stated that it wasn’t – but it was a devastating blow against the OldCo which cost them millions of pounds.

I understand players who didn’t want to waste years in lower league football when they had other opportunities, but their decision to leave as they did deprived the club of receiving even token transfer fees for them.

Their supporters were adamant that this would never be forgiven.

Six years on, with both McGregor and Lafferty in the last lap of their careers and spotting one last payday from the most backward club in Europe, and those same supporters, now even more desperate, starved of success, terrified of the looming shadow of Celtic Park and with no end in sight to the pain and the torment of the time in between, they will do anything, accept anything, if there’s the slightest chance that it will boost their chances.

This doesn’t boost their chances, of course. Lafferty’s team were sixth last season.

He was fourth top scorer, with twelve goals, behind two players already at Ibrox and Kris Boyd. Perhaps Boyd will be the next player to roll up for the Wheelie Bin Revolution … the more you see it the shoddier it all looks. When Gerrard signed and the talk was of bringing in a veteran goal scorer whose name would be recognisable in their stands, I am certain this was not the one they had in mind. They might have objected then.

Now this looks like a good bit of business.

Talk about having no standards at all.