Brendan Rodgers Must Get Backing. This Is No Time For Egos Blocking Celtic’s Progress. 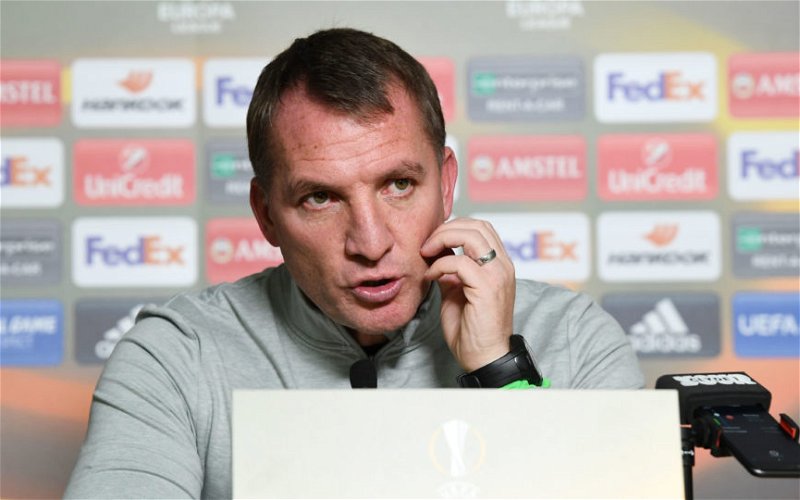 As I have said in other pieces, I have defended Celtic and their financial strategy a great deal.

In the main that has been borne out to be correct.

However there comes a time when you have to review what…and who you defend.

I have listened for many years that Peter Lawwell is no friend to us, from Celtic and non Celtic fans.

I have never agreed with that assessment.

I believe he has done his job well and as such should be congratulated; however given the current criticisms and taken with some of what I have heard in the past it is only natural that I am beginning to wonder.

And it comes to this for me: is Peter Lawwell’s ego getting in the way of what is right for our club?

The structure at Celtic Park is clear, and it has been for a while.

In positions at that level you have to be confident and assured, and so perhaps being a little egotistical is part of the role’s profile.

However that can become dangerous, both to the person and the institution, if it takes over.

And that may be what is happening.

Lawwell’s job is to get the best deal for Celtic in every situation, and when it comes to the commercial side of the business he certainly does that. But that should not come at the detriment of the team and, more importantly, the manager.

It feels like lines are being drawn here; Brendan seems to be saying – even if he didn’t say it out loud – start backing me or else!

Can Lawwell accept that? In my mind he would have to, or risk the public outcry, but is he capable of finding that middle ground?

I certainly hope so.

They both strike me as decent, honest men – and Celtic fans to the fingertips – and both are fiercely intelligent and both know that compromise is always the way forward … but sometimes its hard for such driven men to show the kind of flexibility that is required to get past something like this.

But it needs to sorted now before it becomes a poison.

We cannot allow that to happen, we have too many enemies outside our club to have people at war inside it.

If that means that Dermot Desmond has to step in then so be it, he does his job too but part of his role is to take over when and make decisions when he needs to.

A further worry on this for me is Celtic’s historical use of emotion to try to bind players and managers; Roy Keane basically said as much and John McGinn bucked the trend and didn’t sign. They use the emotion hook and expect that it will be enough … a lot of these guys don’t do that.

If Brendan feels he is not being backed he will walk.

We have a part to play in this too, maybe the club need to be told … back Brendan or you risk losing us!

David Campbell is a Celtic blogger and fan who has very strong opinions on the Brendan Rodgers situation.