Is It Too Much To Ask That We Don’t Attack Our Own Team’s Rising Stars? 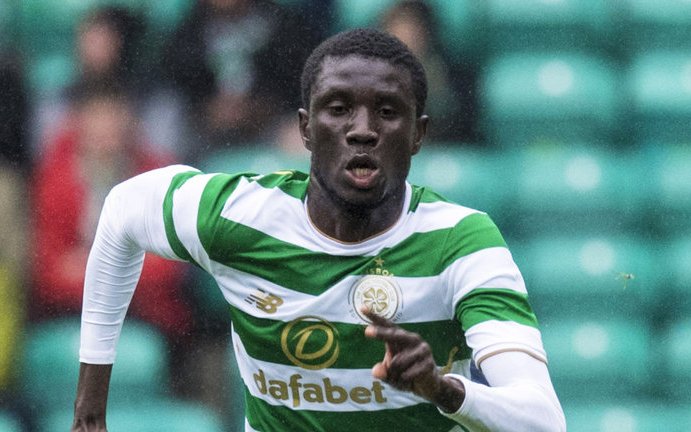 I am intolerant of intolerant people, and suspicious of those who rush to judgement.

It’s something that stems from recognising those particular personality traits in myself. I make mistakes. I’ve made a lot of them on this blog, many of them before the arrival of Brendan Rodgers, who saw things that I didn’t see and understood things I never did.

My namesake was a player who I thought had blown his last opportunity to impress us. Callum McGregor looked like a fringe player, soon to be on the way out. Dedryck Boyata was languishing in the reserves, a guy who I never expected to see in a Celtic shirt again.

Today we’re in the doghouse because we’ve turned down a high seven figure bid for him. Forrest is as good as he’s ever been and Callum McGregor is indispensable and one of the best attacking midfielders on this island. On this island, yes, I genuinely mean it.

I would never make a good manager. I have no eye for potential. I can spot a good player in the here and now, I think, but I can’t tell you what someone is going to become two, five or ten years from now. It’s a special talent, which is why you pay a premium for it.

Football produces more “experts” than any other sport, and they all weigh in with their opinions. “It’s all about opinions,” says one joke of a radio station anchor. It has to be the stupidest phrase in all of western civilisation. Everyone has opinions. Some of them are too ridiculous even to respond to. Children in schoolyards have opinions. Every idiot could give you a view on Brexit; we even allowed millions of them to vote on it. You can see the results.

Celtic goes into a huge game tomorrow night and at a time when a little positivity is more required than ever we’re surrounded by “opinions.” Opinions on how poor the squad is. How poor the defence in particular is, anchored, as it will be, by Jozo Simunovic and Jack Hendry tomorrow. I’ve seen enough of Simunovic that I would not miss him if he was gone but on his day he can be a very effective defender. But the manager rates him as fourth choice.

Dedryck Boyata and Ajer are not able to play. Hendry is all there is, but the manager thinks he’s got something to offer and I’ll take Brendan’s view over that of the opinionated armchair experts any day of the week.

They are entitled to those opinions, by the way, as I am entitled to mine, but I’d prefer it if they weren’t so vocal in their vitriol at times.

There are two sterling examples of it today; the number of people in our support and elsewhere who have written off Jack Hendry. Written him off although he’s been at the club a matter of months and has only played a handful of games. “He was a cheap option,” some of them scream as if a price tag was all we had to judge a footballer.

I remember the hacks accusing the club of penny pinching because we didn’t “push the boat out” and buy John Spencer of Motherwell. Know who we signed instead, at half the price? Lubo Moravcick. In fact, the £1 million that we’d have had to pay for the ex-Rangers youth prospect could have just about bought us Lubo and Larsson.

Equally, those who cat-call our manager for “buying players from Dundee” are, doubtless, some of the same people who think all our problems would have been solved by giving Hibs £4 million for their recently departed midfield talisman.

And at the same time, all of them are unified in the fact that money has not bought us quality in the form of Kouassi Eboue, another player we haven’t seen enough of to rush to judgement. That hasn’t stopped the stampede towards it anyway.

Eboue is still a young man. He’s only 20 years old. This will be his third full season in Scottish football, and it’s barely started. I love how sure people are that he’s a failure. I love how certain they are in their judgement that a kid who has had to adapt to a new language, temperature, culture and playing style lacks something. It’s certainly not character. This kid left the Ivory Coast to move to Russia when he was barely a teenager, and from there to Celtic Park.

He has more courage and self-belief than his critics will ever be able to comprehend.

And my money is on him having something as a footballer as well. It is he, not a certain Aston Villa player, who’s been earmarked by the manager as Brown’s long-term replacement. Who said so? Brendan Rodgers himself did, towards the end of the last campaign.

Those who watched him against Zenit last season know exactly why the boss has such faith in him.

As for Jack Hendry, I know there are people close to the action at Celtic who think he’s got everything required to be a top class central defender. This boy has come so far, and so fast, in his career that I’m amazed he doesn’t have vertigo. He’s 23, another footballer who’s paid his dues and done it the hard way and earned his move to our club. He’s already won his first Scottish caps; they will be the first of many.

These are two bright, young players with a lot of potential, two young players who are highly rated inside Celtic Park. Brendan spoke fulsomely about Hendry just the other day, pointing out how much good it will do him to get experience of high pressure European matches so early in his career.

Today the laughable news that Brown is being investigated by the SFA compliance officer for an alleged elbow on the thug Naismith at the weekend means that he might be missing for the visit of Sevco next month … Eboue would be the natural choice to replace the captain.

In short, these guys are first team players and they will play in important games. They have the respect and the trust of the manager, and sniping at them from the side-lines is the sort of thing we should leave to the media and not indulge in ourselves. Our young players – our whole team – needs our support right now. Writing off two of its rising stars is not just nonsensical it is downright counterproductive. And it betrays an ignorance of the game.

A lot of people were ready to write off Edouard early last season.

I was almost one of them, until Phil told me that people at Lennoxtown were wowed by his talent.

He’s since become our record signing.

Those same people, by the way, say similarly good things about our Dundee defender and the Ivory Coast midfielder.

Eboue and Hendry themselves need to simply ignore all of it and focus on their football. This will be a testing time for them, but testing times either make you or break you in this life and neither would be at Celtic Park if they were so easily beaten down.