McGinn Wasn’t Worth The Scottish Transfer Record. Why Would We Break It For Scott McKenna? 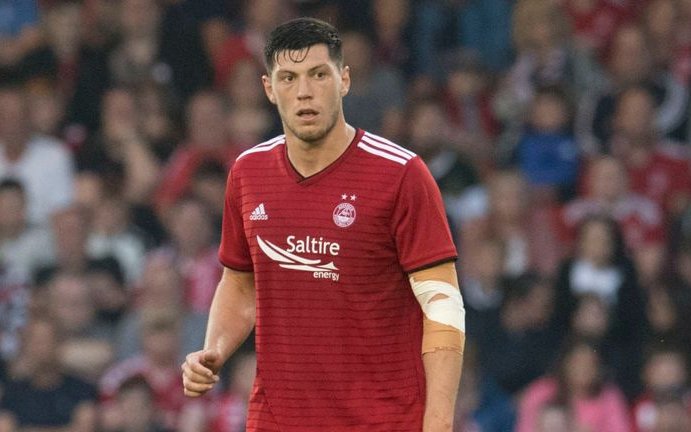 Aberdeen have, apparently, rejected Celtic’s offer for Scott McKenna, rumoured to be around the £3.5 million mark.

We had no need to sell, and an imperative to buy.

This is a lot of money to have offered, and for the second time in a month we’re being told (in private; in public he’s “not for sale”) that doing the deal will take us breaking the record for transfers between clubs, held by Celtic for the Scott Brown deal.

In other words, this will cost us £4.5 million or more.

Is he worth it? Was McGinn? I like McGinn, and I know more about him than I do about McKenna, because I’ve seen him more. I wanted him in a Celtic shirt, but as he was in the last year of his deal it would have been ludicrous to pay that fee for him. McKenna has five years left on his deal, but that does not mean he’s automatically up to that standard.

Frankly, it’s possible that McKenna is a one-season wonder.

His career up until now has been nothing special. Is he a “next level” player?

The player is decent enough, but there is no clear evidence that he is ready for football at the level we aspire to, and you sense that this is wrong time to take a shot at an expensive punt. We need players who’ve done it on that higher plane.

Look, everyone wants to see us sign players, but this is another deal that makes you wonder what certain people are doing at our club and what their role really is. What is our much vaunted scouting system worth when Izzy has returned, when we’ve taken another City loanee, and when our two confirmed offers have been for players in the SPL?

I like McKenna, I cannot say that enough times, and I will applaud the support for the manager if we make Aberdeen the offer they cannot refuse.

But concerns will arise should this be who we choose to spend the cash on.