No-One Cared When We Complained About Plastic Pitches. I Wonder Why They Do Now? 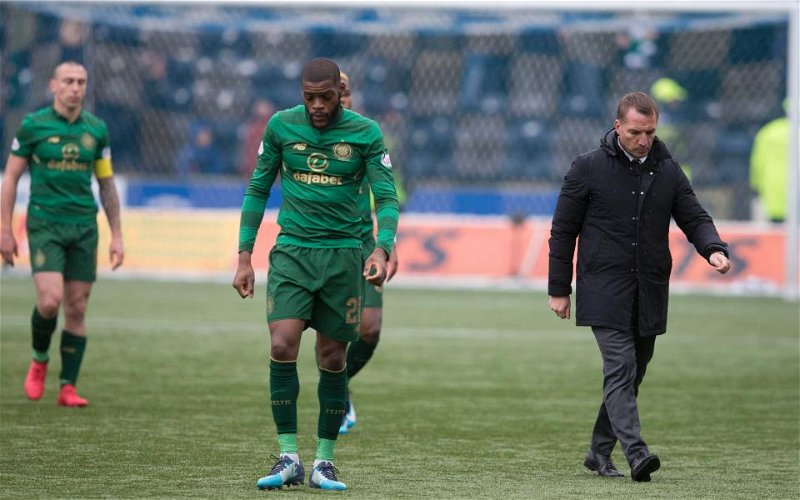 Almost since the day and hour he arrived in Scotland, Brendan Rodgers has been lamenting certain things and almost from the day and hour he opened his mouth about them people have been telling him to sit down and shut up. One of his biggest bugbears is plastic pitches. When two of our players were injured on one last year he gave a sort of resigned interview about it where he pointed out that this is something he’s brought up many times before.

No-one paid a blind bit of notice, except for those who sneered that he was moaning again. Brendan Rodgers. Because he does like a moan, doesn’t he?

Today plastic pitches are the talk of the town. A single Sevco player gets injured and suddenly all the clocks in all the town squares stop dead. All the stuff that’s been said about these appalling surfaces by managers going back ages is suddenly the Wisdom of the Ages; even Brendan’s comments are being dusted off as proof that something has to be done about them.

And the player’s union has jumped on the bus with its own commentary on it. Where was the protection for our footballers, I ask you, or those of other clubs? Once again, a clarion call out of Ibrox is all that’s required to move the commentariat.

It is a dreadful injury for Murphy to have gotten, but frankly it could have happened in Levein’s long grass just as easily. The irony here is that the plastic pitches have caused a serious injury to a non-Celtic player and Heart’s ludicrous decision rebounded back on them, and whilst it is never good to see a professional player suffer something like that no-one can say that clubs weren’t warned. They just chose to keep schtum about it until it was no longer convenient.

I understand why clubs opt for artificial surfaces, but when you hear that as a whole they voted against a uniform grass length it’s pretty clear that actually playing the ball on the deck isn’t something many of them put a premium on. Celtic does, and so Rodgers’ comments about both were valid even without a serious injury resulting from them. It is rich for folk to be complaining now and many of them would never have bothered to but for the moaning out of Gerrard’s dugout.

It didn’t take a genius to see something like the Murphy injury was just a matter of time. Our manager certainly saw it coming, but no-one listened when he raised it so hell mend them now.