Why Is The Herald Focused On The “Fairytale Ending” Of Our Club Losing To Athens? 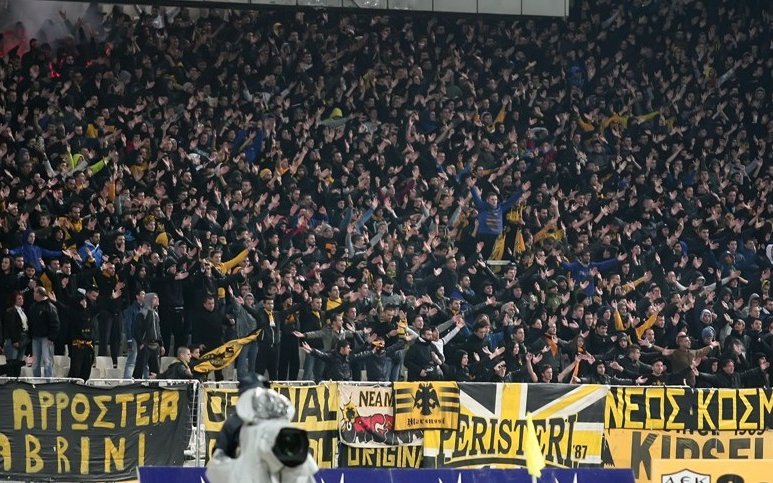 Today, the most absurd headline since the one last week which sought to blame “Scottish football fans” for Sevco supporters rioting and stabbing rivals. You would be forgiven for thinking there is a contest to see which newspaper can get the worst nonsense in one; if such existed the competition would be fierce.

But the one I want to write about here is particularly ticklish, and it’s not just the headline but the article itself that makes me laugh.

Ponder that for a moment, and whilst you do bear a couple of things in mind. There’s another round to go here after this one; the time for writing about AEK Athens “fairytale ending” by getting to the groups would be if they actually did it and not two rounds before. And secondly, this is a Scottish newspaper, writing about a tie involving a Scottish club, and the fairytale in question involves said Scottish club getting knocked out.

Isn’t that incredible? The article itself does nothing to lessen that impression; it is the story of how AEK Athens “rose” from the depths of Greek football to the brink of the biggest competition in the game; I bet you can already tell where this is going.

The first paragraph makes the inference all too clear … the real “fairytale” is that if they can do it a certain other club stands a good chance of being able to do it too.

“AEK’S games with Celtic for the third qualifying round of the Champions League are the peak in the trajectory that saw the popular Athens club climb from the third division to the league title and the doorstep of Europe’s top competition within five seasons. A Greek fairy tale, with an unknown-as-yet ending.”

Uhuh. You can definitely see where it’s going now, right?

The article then makes the direct comparison, as if it wasn’t already staring you in the face and readily apparent to everyone with a pulse;

“Disaster struck in 2013, when the club finished second-bottom and got relegated to the second division. Player contracts were impossible to afford given the second-tier’s revenues, so AEK decided to restart from the bottom in a similar manner to Rangers earlier this decade, by dropping to the third tier of the Greek game.”

The writer – and the piece doesn’t carry a name, not even the “Online Reporter” by-line that they usually slap on Utter Pish – is clearly spinning for all he or she is worth.

The spin is clear even with what’s not in the article; it mentions a court case that went against AEK in 2008, giving a championship to Olympiakos instead.

When you check out the details of that case you understand why the writer chose not to elaborate; Olympiakos was awarded three points in that case via an overturned match-result because their opponents had fielded an illegally registered player. That’s one comparison the writer didn’t want you to make.

The writer talks about how the club ran into ruinous debt; again, there’s no context for this – they overspent, it’s that simple – but the writer does offer mitigation; he or she blames AEK’s financial problems on the “Greek economic crisis.”

Which I find hilarious as one doesn’t have to be a political science student to understand that this affected every club in the country and not just one. Their other reasons for their relegation were also something best left out of the piece; in part it was to do with the behaviour of their supporters, rioting after losing one particular game 3-0.

In a week where Sevco fans stabbed supporters it would have been impolitic to bring that one up.

This article is nakedly biased and anti-Celtic, along with having a very strong pro-Sevco sentiment.

It reeks, to be frank.

Everything about it, from the headline down.