The CelticBlog Weekend Score Predictor. Sign Up Now And Get Involved. 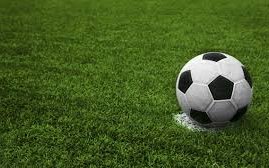 This is the first CelticBlog weekend score predictor.

To join us, sign up on The Celtic Noise and look out for the weekly predictor thread. It’ll be run by myself, Gavin McCann, and occasionally some others.

Here’s my first picks, for this weekend.

Confidence will be high with both teams progressed to the Semi-Final of the Betfred Cup midweek with Aberdeen taking Hibs to a penalty shoot-out after 90 minutes. Celtic finally chalked up an away win in Perth with talismanic striker Leigh Griffiths doing the business which could prove to be a turning point for the Hoops.

Celtic’s much maligned team will take confidence from winning a tough away tie – I can see this being tight as Aberdeen will look to leapfrog Celtic in the table and will be looking to add to Celtic’s woes.

With Neil McCann’s jacket hanging on a shoogly peg and Dundee’s abysmal scoring record of just 2 League Goals in 6, I can’t see the visitor’s chalking up their first points. Canning’s men took the scalp of fellow strugglers St. Mirren with a fantastic 3-0 victory. Again, a narrow victory for the home side which will ultimately see McCann exiting his role at Dens.

Even if Dundee draw, it may still not be enough for the former Sky pundit.

The visitors will be looking to halt Hearts excellent start to the Season after successive defeats from Celtic and Sevco but it’s hard to see past Craig Levein’s side given their run of results and their entry into the Semi-Final of the Betfred Cup beating Motherwell 4-2.

Despite dropping League points last weekend, the three points beckon for the Tynecastle side to maintain their excellent start to the season.

The Steelmen desperately need all three points against Killie after a dismal start to the Season. After exiting the Betfred Cup at the hands of Hearts and a narrow league defeat at Pittodrie last week, the Fir Park side will be desperate to make amends.

Based on League form, I’d be looking to tip Killie who beat Celtic with a last-gasp winner last week but Motherwell have run teams close of late and I’ll go for a score draw.

Neil Lennon’s men travel to Paisley on the back of losing to Aberdeen midweek on penalties despite being the better side whilst the Saints will be looking to amend a 3-0 defeat at Hamilton. On their day, Hibs are a fantastic team to watch and should the click they’ll put St. Mirren to the sword.

Oran Kearney hinted at bringing players after assessing his squad since his arrival which suggest he’s not entirely happy with his lot. A comfortable win for Hibs is on the cards.

On paper, a tough one to call as both sides are on form although the Ibrox side’s scoring exploits of late will have them as the bookie’s favourites.

Surprise package Livingston sit on the same points with Sevco having a superior goal difference by seven.  Livingston will try to remain compact and snuff out the chances but given Sevco have scored nine goals in the last two games I’d think they’ll take all three points in West Lothian by a two goal margin.

I look forward to seeing your predictions.

Gavin McCann is a Celtic fan and blogger from Glasgow … this is his first go at picking teams!