The Scottish Government Hates Football Fans And Is Determined To Criminalise Us.

Yesterday there was a shocking article on the way Police Scotland continues to target football fans as though we were all members of the same crime family. The resources being poured into the deliberate targeting of supporters have to be astounding. There is an entire branch of the force that has been built around it. Criminalisation of fans is not new but the way it happens in Scotland is different; it is fascistic and sinister.

The report talks about how Police Scotland is actively trying to recruit “informants” at various clubs. Informants. Dear God. To report back on what? How many pints the average fan has before and after a match? The idea is deplorable; turn folk into touts against their own mates.

Because that always ends well, doesn’t it?

And it’s worse than that, of course, because if this lot are desperate to keep their funding then sooner or later reports of nights out and drinking sessions with the mates won’t be enough for them. It never is. That doesn’t keep the money flowing.

How long before what they’re looking for are agent provocateurs? Any time the police have slipped its own people into social structures there’s been a temptation to push them towards creating the very problem they are supposed to be there to prevent. Because that’s what keeps special units in business. It’s what keeps the courts ticking over.

I am dismayed by this report, and grievously concerned about where it might be going.

I am also astonished that Police Scotland believes it needs an intelligence gathering network to fix a problem that barely exists. The days of the casuals are over; fans just won’t stand for elements of their own support who drag the reputation of the club down … all but at one club, and that, actually, is part of what makes this report all the more unbelievable.

Who needs informants when the most notorious fan organisation in Scotland routinely advertises its activities with leaflets and staged demonstrations? And the amazing thing is that when they do kick off the cops are never around. Indeed, when violence does flare Police Scotland goes out of its way to report on how it’s “not football related.” 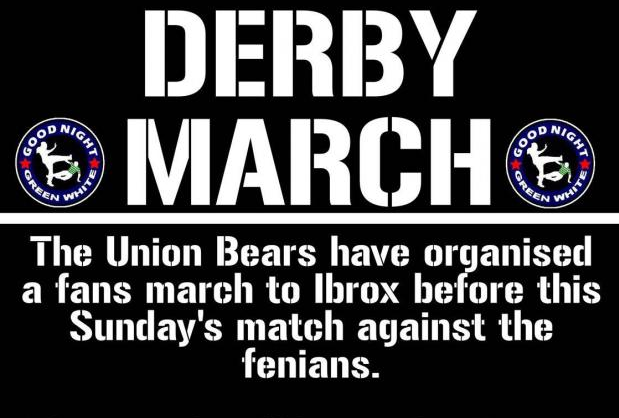 It makes you wonder what the real agenda here is, right?

And none of this would be – could be – happening without the support of the government in Holyrood. We have a centralised police force in Scotland and the administration’s disdain for the civil rights of football fans has long been a matter of record. They have criminalised dozens of them, if not hundreds. They continue to threaten the SFA and fans with taking enforcement of football regulations out of the hands of clubs, which is a contravention of FIFA and UEFA regulations.

This government hates football supporters. I do not know why. I do not understand it, but I can no longer deny it. It is not enough to say that they give the police too much latitude; that ignores their own actions in persecuting fans. The police in Scotland are as highly politicised as they are anywhere in Europe; this comes from the top.

It has been decades since Scottish football was blighted by the kind of violence that has occasionally erupted in England. Our supporters have a sterling reputation across Europe and the world. We are treated with respect, even awe, everywhere.

Everywhere but here at home.