Today’s Media Coverage About Leigh Griffiths Is Bottom Feeding Hackery At Its Worst. 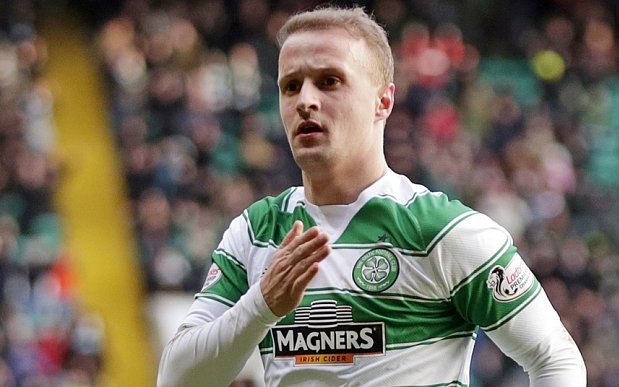 The Sun has Leigh Griffiths on the back page today. And on the front. In fact, it turns out that he personally got more column inches in that rag than Sevco did, which is saying something considering their fawning over Gerrard and his team.

The story is the third in the space of a few weeks about Griffiths’ speeding charge.

So many column inches devoted to such a minor matter. I write that without seeking to minimise speeding; it’s a simple rule of the road, and one that has saved lives. People who cannot follow such a simple instruction probably shouldn’t be behind the wheel.

But last year, statistics show that the equivalent of four people were caught speeding in England and Wales every minute in 2017; that’s how widespread the problem is. Celebrities being caught driving too fast tend to make the news, but in truth that’s the wrong word to describe it. Media coverage of that kind of stuff is better categorised as gossip.

There’s exactly zero public “need to know” here and anyone claiming otherwise is at it.

What happened yesterday with Griffiths was especially egregious; the media has built his court appearance up as if he were a mobster being charged with a litany of serious crimes. They reported how his initial date had been changed to accommodate his playing football; this is by no means unique. Speeding cases are often postponed because of work commitments; the press has been trying to paint quite the picture on this one.

Lorenzo Amoruso was done for speeding. There was no major flap.

Bob Malcolm likewise. So was Kyle Hutton when he was there. Kyle Lafferty got banned.

And Lee McCulloch failed to turn up for a court date for speeding … and a warrant was issued for his arrest.

The press covered these things, but not with anywhere near the relish with which The Sun pounced today.

They got an even bigger story than they bargained for, when the player was ambushed by a photographer outside the court; it never ceases to amaze me how animated our media gets when it really wants to. They ignore some of the biggest cases involving a certain Scottish club, but every outlet was remarkably well informed about Griffiths’ being issued a fine.

Any person up on such a minor charge, and who walked outside to a press photographer, who got right in his face in the most unprofessional manner, would be miffed. Pushing the camera aside does not construe assault in any way, shape or form and if the photographer alleged that I would hope the police would do him for wasting their time, although let’s face it, as was evidenced in the recent trial of nine Celtic fans in the “effigies” case they appear to have no problem wasting it themselves.

This is yet another story that has made such headlines only because of the shirt the guy wears. Griffiths is a frequent target for tabloid lowlife, mostly as a result of his being a one man population explosion. But as I’ve written repeatedly here, Griffiths is not throwing his kids onto state support, he’s not abandoned any of them.

When this boy “makes a mistake” he mans up and owns it; you can tell that he loves every single of one of his children, so the media’s constant obsession on the matter is nothing but scandalous muck-raking.

And so too was The Sun’s blowing up of that non-incident yesterday.

But the headlines about how Griffiths “might” face a police probe sold some newspapers to the knuckle-dragging tendency who were alright with his name on the back of the paper just so long as there was a negative story about him on the front of it as well.

I’m sure he was happy to help out a distressed industry that is on the bones of its arse precisely because it equates this kind of garbage with real news.