Celtic Starts Against Hearts With Another Top Class Attacking Line-Up.

Good line-up for today’s game against Hearts. Scott Sinclair and Christie both start, along with Callum, Edouard, Forrest and Rogic.

It seems that Brendan has decided to show no mercy to the Tynecastle club; it’s not only our strongest eleven at the moment, but as powerful an attacking side as the fans could have wanted to see.

Some surprises; Ntcham didn’t make it, even onto the bench.

Ajer is a sub as Boyata and the hugely impressive Benkovic begin at central defence.

It’s the team we would have expected, albeit it’s still one without some of our most prominent players.

All things considered, we don’t appear to have suffered too many after effects from the midweek. This is a team we can all fully fancy to take three points from a Hearts team that will have the bollock-grabber starting up front after Hearts “accepted” his ban the other day.

It’s another shameless use of a disciplinary “system” that is shot.

So I advise all Celtic players to hang onto their balls.

He likes it, didn’t you know?

His own manager said so.

Today is a big day for us.

Go get them Bhoys. 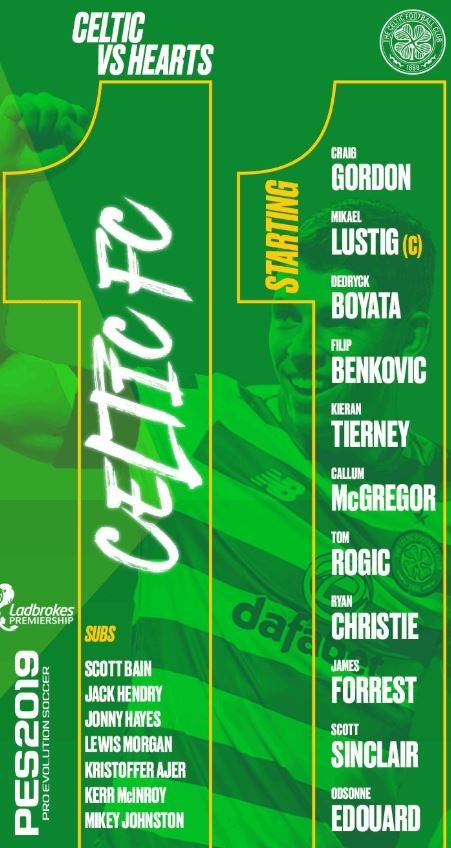