Desperate McLeish Sends Out An SOS To Celtic. 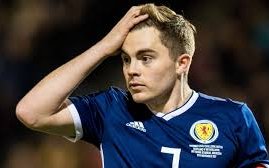 McLeish announced his Scotland team today, and the only surprise was that there were only five Celtic players in it. There is, as  yet, no place in the senior squad for Jack Hendry. Wait a while and you’ll see that changing. There is no place in the squad for The Daily Record’s favourite, Kris Boyd. They must be brokenhearted.

Celtic players are overwhelmingly represented; there is one Sevco player in the side, Allan McGregor. There is no place for Ryan Jack. Funny that, as the media never tires of promoting him. Not quite good enough for Scotland though, eah?

Under normal circumstances I’d be pleased to see so many Celtic players in a Scotland team.

It speaks volumes about our club that we’ve got so many in the ranks. I would be particularly happy for Ryan Christie, who is getting all the recognition his recent form deserves. But this feels an awful lot like the Scotland manager sending his out his SOS; Celtic players, save my job.

The Scotland squad he has selected still lacks proper balance, and McLeish himself does not inspire any confidence in either the players nor the fans. He has, at least, figured out that the Celtic players are the strongest cards he has in the deck, and that’s why so many of them have been selected for this team. But they are useless if – like Forrest in the last game – they are purposefully left rotting on the bench. It will be scandalous if that happens here.

Callum will play; we know that.

Because McGregor is the best natural footballer in the squad. As Dave Campbell pointed out earlier, he is very close to being the complete player. Whether on the wing, or in an attacking midfield role, as a deep lying playmaker or even as a defensive midfielder, Callum has it all. He would be the lynchpin of any side.

The thing is, does McLeish even know where he’s going to play him?

A smart manager would have all five Celtic players in the team from the start, with Forrest wide right, Callum playing in the midfield alongside McGinn, Christie playing behind the forward, Tierney at left back and Gordon in goal as part of a straightforward 4-2-3-1.

Yet here’s the betting that McLeish will do none of that. McGregor and KT are the only guaranteed starts in a squad where at least three players will be out of position. The National Coach remains a national joke. It is the worst appointment the SFA could have made but one; and Smith was actually their first choice and he turned them down.