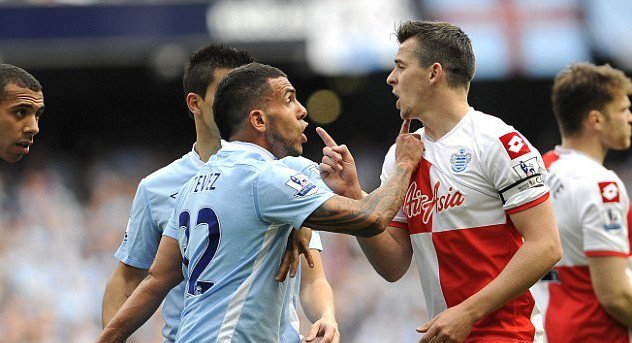 The backstory usually does not form part of an outline, unless it is uncovered later in exposition or in flashbacks.

As I’m not writing the screenplay I’ll leave that to someone else to decide how much of this to use, but the backstory is essential to an understanding of the rest of the plot. Because what a backstory this chap has, including the genesis of his nickname “Jailbird Joey.”

So called because he has, in fact, spent time in the jail for basically being a neddish hooligan, Barton arrived in Scotland as a known thug who famously even had a punch-up with one of his own team-mates whilst a game was going on.

An embarrassing number of violent incidents on and off the pitch had blighted his career, and with two criminal assault convictions to his name, he is perfectly cast as the villain of this piece.

But of course, the Barton backstory isn’t limited to that.

Unusually for a boot-boy, Barton is well-read and reasonably articulate. He is not an intellectual, don’t make that mistake – one he frequently does make – but he’s smarter than the average … ahem bear. Which is part of why we all found it so strange that he wanted to move to Ibrox in the first place.

Because Barton was well-known for his Celtic sympathies. Indeed, he went much further than just expressing affections for our club. He was a vocal supporter of Irish Republicanism to boot and one of those who thought the whole “Queen and country” thing was a load of old bollocks. When he blipped on the radar as a Mark Warburton target most people excepted him to be completely disinterested in the move … but how wrong we all were.

Before long he was tweeting about how the challenge excited him, and confidently predicting that he would come up to Scotland and “boss” the whole league. Still, most people expected that a sudden hitch would bring the whole thing crashing down.

The funniest few months in the recent history of Scottish football had begun.