McCulloch Jumps On The Celtic Bashing Bandwagon With A Rant On Laps Of Honour. 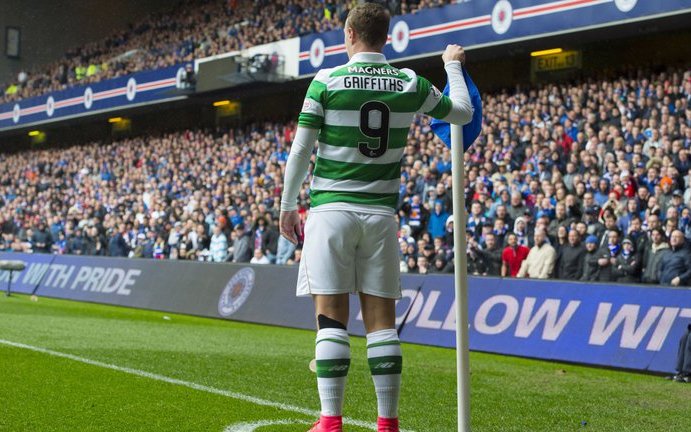 Lee McCulloch could not come across as more caught up in bitterness this morning if he was stood sucking a lemon. He has leapt, with carefree abandon, onto the anti-Celtic bandwagon cooked up by The Record and their Police Scotland memo.

And of course, in his desperation to swing the boot at us he’s made himself look like a clown.

His rant is not against laps of honour per se. They’re against specific kinds of laps of honour. In short, they are against any lap of honour against the Peepul or which the Peepul might be offended by. He specifically mentions Griffiths tying a scarf to the Ibrox goalpost.

I wondered how long it was going to take someone to mention that. Since that report came out yesterday, I knew it was just a matter of time. That really got right up their nostrils that one, didn’t it? Such a simple act, but so loaded down with symbolism that it couldn’t have done anything other than drive them off their nuts.

You know, you have to be pretty up your own arse to be that offended by something so small.

I do understand why they are bitter about that and it’s exactly why Griffiths did it. Their smugness, their superiority, their rampant egotism, is offensive to everyone in Scotland who’s not part of it, and they can’t help but be outraged when it’s reflected back at them.

Griffiths held up a mirror to them in that moment.

He was saying “you’re not special.” And they really think they are. McCulloch’s rant this morning is further proof of it.

What McCulloch and others object to is Celtic doing any celebrating at all.

The only problem Scottish football has with laps of honour is that only one club is doing them.

As Dave Campbell pointed out yesterday, that’s what is at the root of all this, and it’s why they cut our allocation for Ibrox in the first place.

They are sick watching us party.

They can’t stomach it any longer.

Cutting the number of fans in their stands isn’t enough for them, they don’t want us to be able to enjoy our victories, which they see as never ending right now.

Because it’s no coincidence, is it, that this has come up prior to a cup final. It’s the media, the cops, the SFA’s way of saying “yeah you might have the dominance on the park, but don’t enjoy yourselves too much.”

As if they could possibly stop us.

Teams have been doing laps of honour for years and some of them have been quite spikey.

All of a sudden, they’re to be discouraged because certain Peepul don’t like it.

Bear in mind that when Sevco cut our allocation to Ibrox there was none of this garbage about people having to come together and “sort it out” or any of this crap about how the greatness of their so-called “Old Firm game” was being diluted.

No, all the bitching only started when we responded in kind, as this site said we would do, as the club had made it clear in public and in private that it would do.

Honestly, all this whining out of Ibrox is pitiful, it really is.