The Record Wants Kris Boyd Back In The Scotland Team And It’s Not Even April 1st. 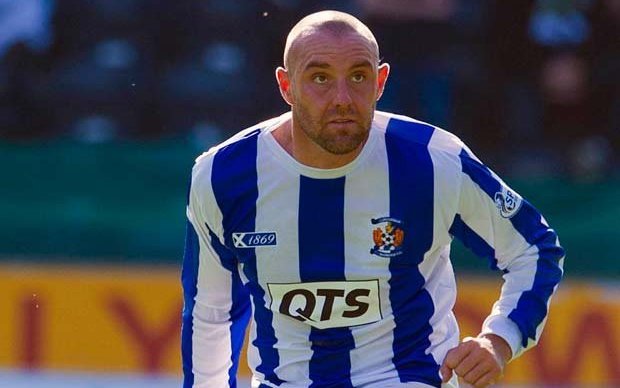 When I got up this morning I wondered if I might see Kris Boyd in the papers.

His little dance against the Aberdeen fans was the subject of an article yesterday, and I thought perhaps some in the media pool would condemn it as the crass, idiotic action of someone who didn’t care what the game had been through in the past seven days.

Of course, Boyd is in the papers, but not to get criticism.

Instead, he’s being lauded between the sheets of our favourite brand of novelty bog roll, The Daily Record. Believe it or not, they reckon that since Naismith and Griffiths are out of the international games at the end of the month that Boyd should be considered for a Scotland recall.

Yes I checked the date too; it’s definitely not the 1st April.

To add to his mammoth haul of 18 caps.

To give him his first appearance in the shirt since 2010, when Craig Levein started him twice.

He didn’t score in either game. In fact, no Scotland boss of the modern era has really fancied Boyd, and that has included two former managers at Ibrox, neither of whom thought he could successfully lead the line. That was when he was – don’t laugh – in his prime.

Even then, he looked a pensioner trying to chase an ice cream van.

Now he’s an overweight wannabee hack with an attitude problem.

Frankly, The Record’s panel are insulting the rest of Scottish football with such a suggestion.

Boyd is 35, and was never the most agile player in the first place.

He can barely get into the Kilmarnock team at the moment; his goal yesterday, from the spot, was his first league goal of the season. Greg Stewart, his team-mate, scored at Ibrox last week … his inclusion would be more palatable to the Tartan Army. And if you’re going for him why not recall Tony Watt?

Are those ideas ridiculous? I would say yes, but when there are warm bodies available at other clubs, imaginative suggestions as well as bringing back guys like Steven Fletcher, why is this even being discussed? It’s an embarrassment that this is the best so-called football pundits can do.

God help us if McLeish reckons this one is a goer.

This is Scottish football, taking its Great Leap Forward.

No wonder the whole game is stuck in the mud.