Tonight Is Our Night To Ram A European Performance Down The Critics Throats.

Since Brendan Rodgers took over as Celtic boss we have been disappointing in Europe. This is the general consensus of critics and a lot of our own fans. And yet, there have been moments, glimpses, individual games, when it’s all come together superbly.

Astana at Celtic Park when we smashed five past a team we struggled against the year before; the match against the Israeli’s at Parkhead where we looked absolutely next level at times; Anderlecht away where the performance was absolutely breath-taking.

We are capable of that. Especially at home. This is not a super-club we’re facing tonight, this is a team on our own level and one we’re capable of putting away. We’re due a big display in these games, we’re due a performance that lifts expectations all over again.

The football we’ve been playing in Scotland lately suggests it is in us.

The Germans are a damned good side, but we are well capable of doing the business against them if we keep it tight and hurt them in the final third. We certainly have the players to do that. Our first half display in Salzburg had everything; it all fell apart in the second half. We were well in the game in Leipzig but stopped chasing after they made it two, all the better to conserve our energy for the cup semi-final, which was the more important game.

This is an important one.

This is our chance to attack them on our home soil, where we have a number of advantages, not least of which is the epic support. The team has to show up meaning business, but I think we’ll have been stung by the criticism over the display in Germany – the wholly ridiculous OTT criticism – and we’ll play with something to prove.

I reckon we’re going to have a good night, one that will leave our ignorant critics eating their words.

Here’s the starting line-up for anyone who hasn’t seen it. 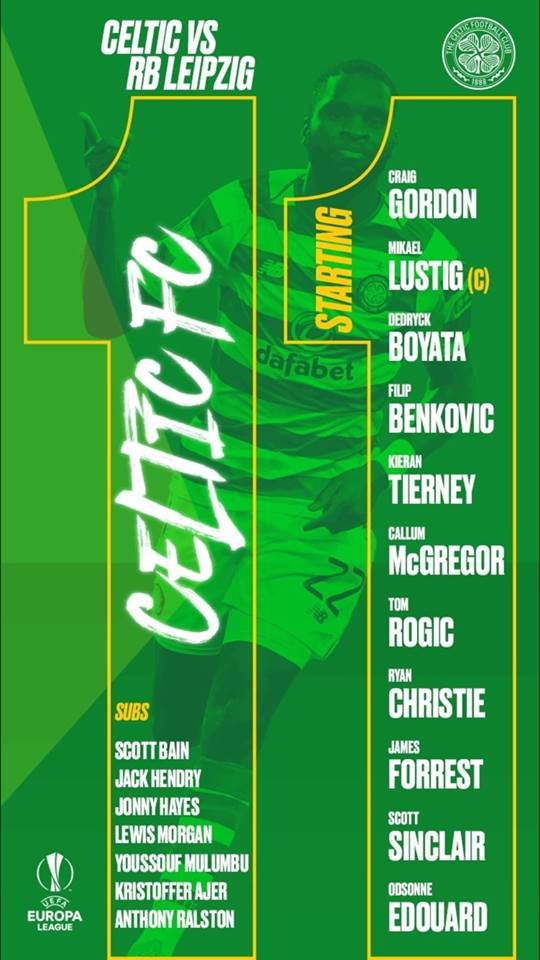